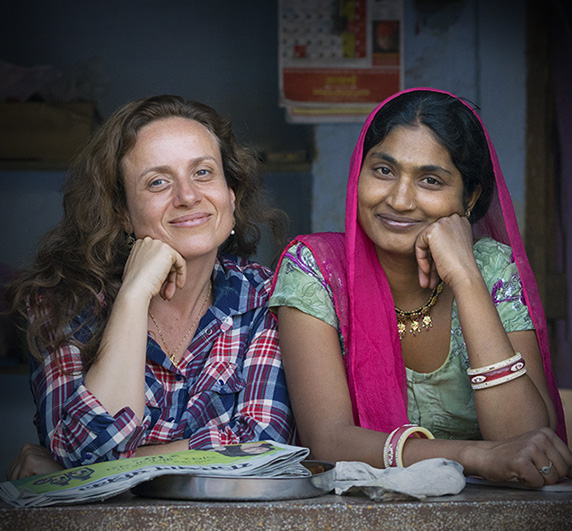 In many cultures, Blue is considered beneficial to

Kanchipuram, the city of gold of Tamil Nadu

It is said that Kanchipuram gives eternal happiness to those who visit it. Located 65km from Madras on the banks of the river Vegavathy, Kanchipuram is known as the City of Gold or the City of a Thousand Temples. It is one of India’s seven most holy places, the Sapta Puri.

END_OF_DOCUMENT_TOKEN_TO_BE_REPLACED

Gangaur, the women’s festival of Rajasthan

Gangaur is a colourful women’s festival that is mainly celebrated in Rajasthan. It starts in spring and lasts up to 16 days in some part of Rajasthan. It is the celebration of marital happiness. In Udaipur it coincides with the Merwar Festival.

END_OF_DOCUMENT_TOKEN_TO_BE_REPLACED

Siddhpur “the pious” is a surprising town, on the banks of the Saraswati river. Its sacred atmosphere is rather reminiscent of Varanasi while the mansions of the Bohra merchants immerse you in the totally different atmosphere of Victorian era.

END_OF_DOCUMENT_TOKEN_TO_BE_REPLACED

Holi, Festival of Colours of India

Holi is one of India’s best-known festivals, providing great material for photographers from all over the world. Its marks the beginning of spring and takes place at full moon in the lunar month of Phalgun (February-March). It is known as the festival of colours and also the festival of love, commemorating the divine love of Krishna and Radha.

END_OF_DOCUMENT_TOKEN_TO_BE_REPLACED

Radhakrishna, the symbol of divine love

Radhakrishna represents the unique union of the Goddess-gopi Radha and her beloved Krishna, two highly revered deities in the Hindu Vaishnavite tradition. Radhakrishna is not any romantic relationship or simply the combination of the feminine and the masculine: it symbolizes the soul seeking the Divine Love.

END_OF_DOCUMENT_TOKEN_TO_BE_REPLACED

The ‘lingam’ or ‘Shiva-lingam’ is one of India’s most emblematic hindu representation, and one of the most powerful. Some theories trace the lingam back to the ancient fertility cults probably due to its phallic form. But though it is easy to jump to conclusions, it is a mistake to think of the Shiva lingam in purely sexual terms; The Sanskrit word lingam means ‘sign’ or ‘symbol’. So the literal meaning of Shiva lingam is ‘Shiva’s sign”. It is the symbolic form of the god Shiva, the divinity without form, the source of the universe, the infinite into which everything merges at the end of time.

END_OF_DOCUMENT_TOKEN_TO_BE_REPLACED

Kinnaur Valley, a gem in Himachal

Kinnaur is like a precious and rare little treasure consisting of majestic mountain ranges, orchards, undulating hills and verdant valleys, temples-towers and picturesque hamlets with glittering slate tiles. The valley is lying in the south eastern corner of Himachal Pradesh and borders Tibet to the east. Trekkers and lovers of untouched landscapes will find there a green paradise.