Goa, the pearl of India

Goa, the ‘Pearl of the Orient’, is a state of south-west India renowned for its endless beaches and its festive and relaxed atmosphere. But Goa is much more than that. Its rich Portuguese architecture classified as World Heritage, its generous nature and its unique gastronomy make Goa of the top attractions in India.

Goa is India’s smallest state by area. Panaji (Panjim) is the state capital located on the banks of the Mandovi river and Vasco, Margao, Mapusa and Ponda are the other major towns. It is a former Portuguese province. In the early 16th century Portuguese merchants landed in Goa and conquered it soon thereafter. They stayed there for about 450 years until Goa was annexed by India in 1961 and included into the Indian union.

Goa is visited by large numbers of international and domestic tourists each year for its numerous beaches, probably one the most beautiful of India. 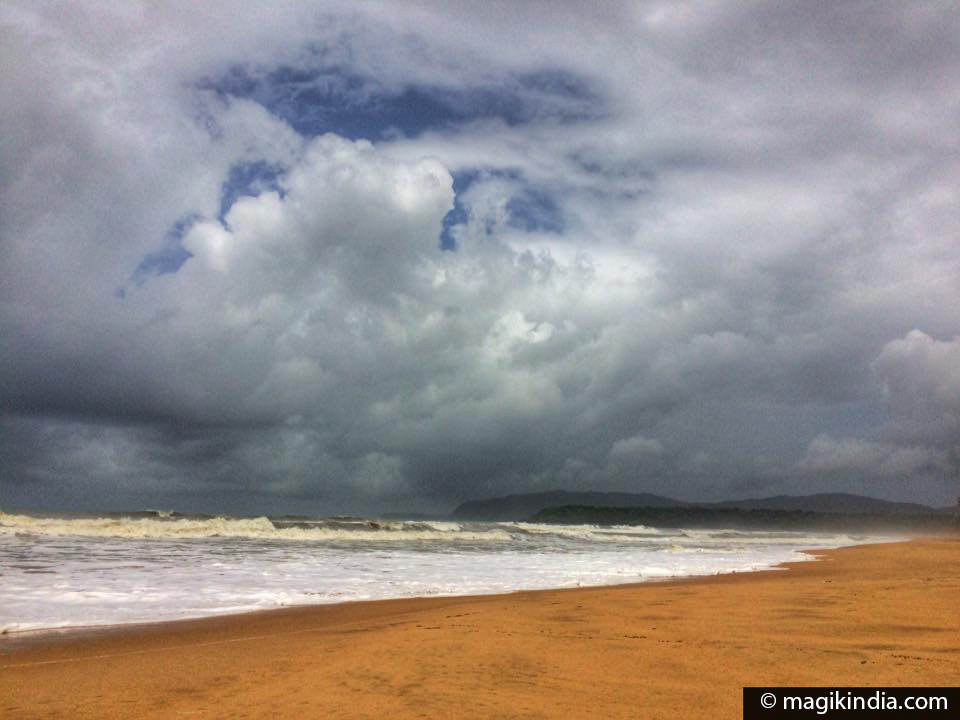 The tourist peak season in Goa begins in late September and carries on through early March. The weather in these months is usually dry and pleasantly cool.

The monsoon rains arrive by early June and provide respite from the heat. Most of Goa’s annual rainfall is received through the monsoons which last till late September.

If you dread the influx of tourists and prefer the calm and nature, visiting Goa during the monsoon is a must. It may even be the time when Goa is the most beautiful with luxuriant landscapes and scenic skies.

The cuisine of Goa is influenced by its Hindu origins, the four hundred years of Portuguese colonialisation and the Muslim rule that preceded the Portuguese. The cuisine is mostly seafood-based; the staple foods are rice and fish. 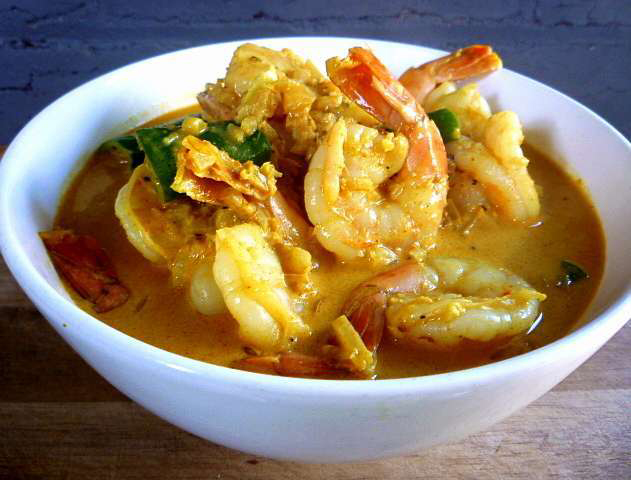 The Portuguese introduced potatoes, tomatoes, pineapples, guavas, and cashews from Brazil to Goa and consequently India. The chili pepper is the most important aspect of Goan cuisine, which was introduced by the Portuguese and became immensely popular as a very important spice for wider India cuisine.

Old Goa or Velha Goa (Velha means “old” in Portuguese) is a historical city in North Goa. The city was constructed by the Bijapur Sultanate in the 15th century, and served as capital of Portuguese India from the 16th century until its abandonment in the 18th century due to a plague. The remains of the city are a UNESCO World Heritage Site. Old Goa is approximately 10 kilometres east of the state capital Panjim. 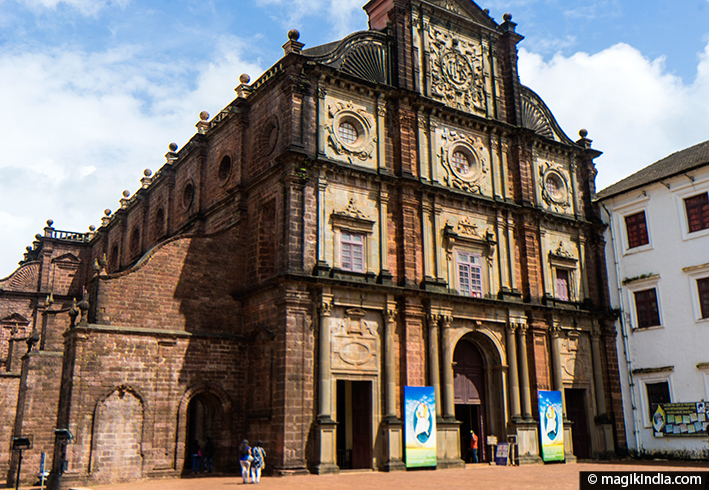 ‘Bom Jesus’ means literally, ‘Good Jesus’ or ‘infant jesus’ It is considered to be one of the best examples of baroque architecture in India. The building was completed in 1585. It contains the body of St. Francis Xavier who founded the Society of Jesus, (the Jesuits). Solemn exhibitions of the the body of St. Francis Xavie are held every ten years. 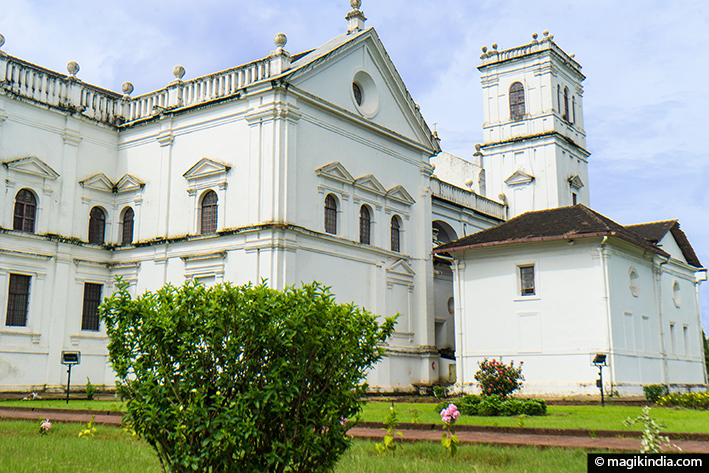 The word Sé is Portuguese for See. It is one of the most ancient and celebrated religious buildings of Goa and the largest church in Asia. The Cathedral is dedicated to St. Catherine of Alexandria on whose feast day in 1510 Alfonso Albuquerque defeated the Muslim army and took possession of the city of Goa. Hence it is also known as St. Catherine’s’ Cathedral. The architecture style of the Se Cathedral is Portuguese-Manueline. 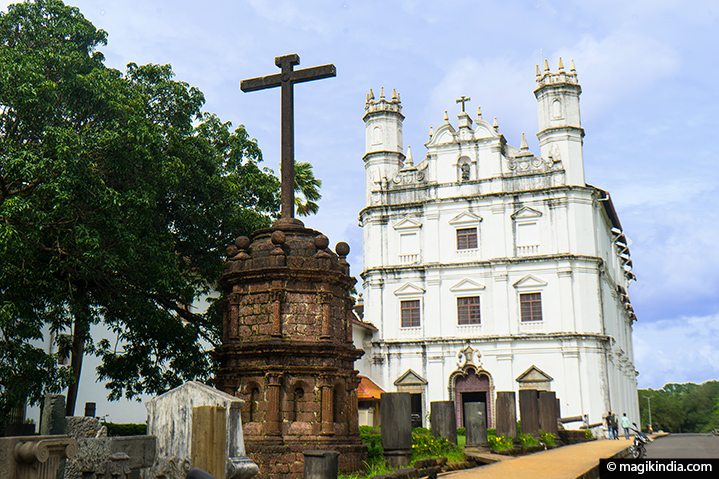 The Church of St. Francis of Assisi, together with a convent, was established by eight Portuguese Franciscan friars who landed in Goa in 1517. The convent, contiguous to the church, now houses a museum that was set up by the Archaeological Survey of India in 1964. The present-day church is a mixture of styles. Its exterior decoration is in the simple Tuscan order, but its interior—especially the main altar—is richly Baroque with Corinthian features. 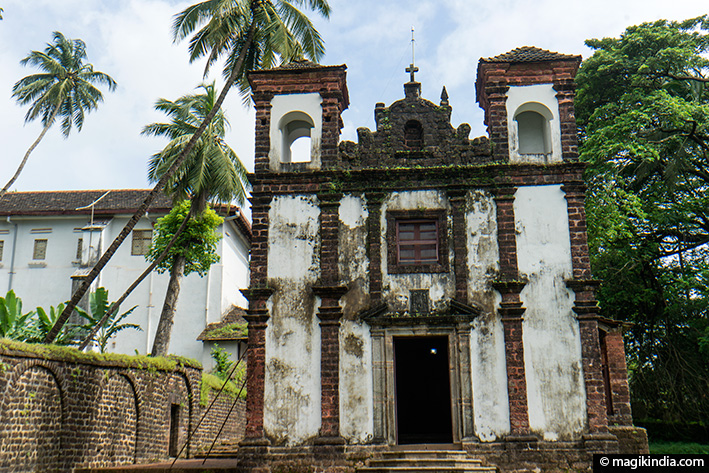 In 1510, the troops of Afonso de Albuquerque entered the city of Goa. A chapel was built at the door of the Muslim wall of Goa, where the Portuguese invaded. 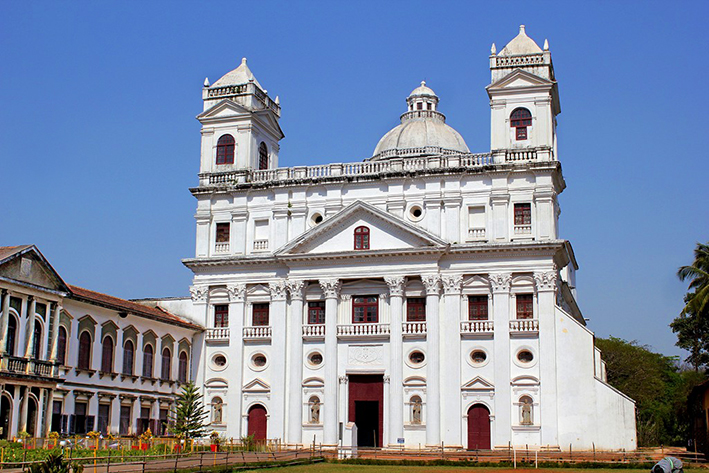 In 1639, religious of the Theatines reached Goa to found a convent. They built a church between 1656 and 1661, dedicated to St Cajetan and to Our Lady of Providence, designed by the Italian architects Carlo Ferrarini and Francesco Maria Milazzo with a plan in the form of a Greek cross. The facade, completed in 1661, mimics the facade of Carlo Maderno to St. Peter’s Basilica in Rome 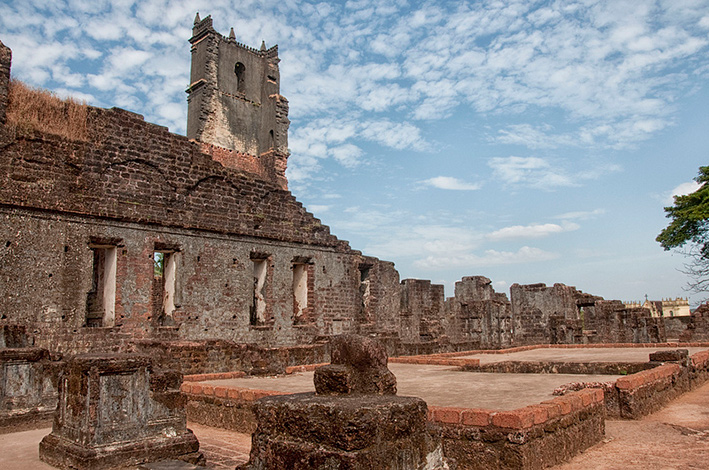 The Augustinians too arrived in Goa in the sixteenth century, founding a convent and a church building from 1597. Currently, both are in ruins; the vault of the church collapsed in 1842 and the facades fell in 1936. Of the remains of the church, the most striking is a part of a tower that is still standing.

Panaji or Panjim is the capital of the state of Goa. It lies on the banks of the Mandovi River estuary. Panaji is the first city in India to be built on a planned grid system. It is a place where one likes to wander; Colourful villas, narrow streets and heritage buildings help Panjim retain its Portuguese ambiance and culture.

1 – Our Lady of the Immaculate Conception Church*** 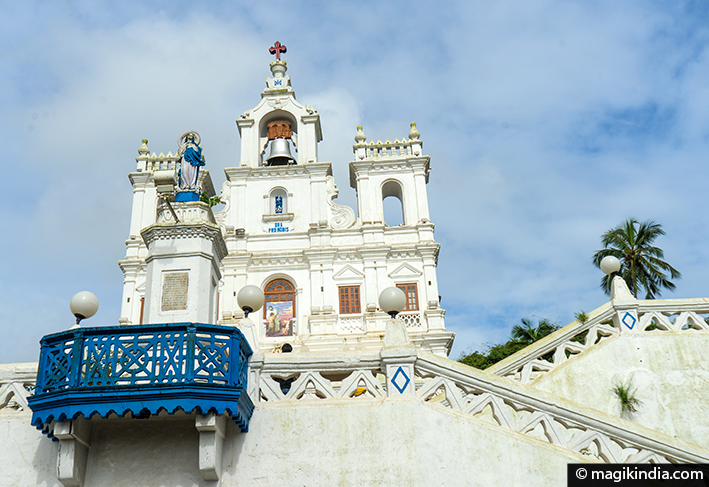 The church is located overlooking the main square known as Praça da Igreja. The colonial Portuguese Baroque style church was first built in 1541 as a chapel by the Portuguese, was replaced by a larger church in the 1600s. 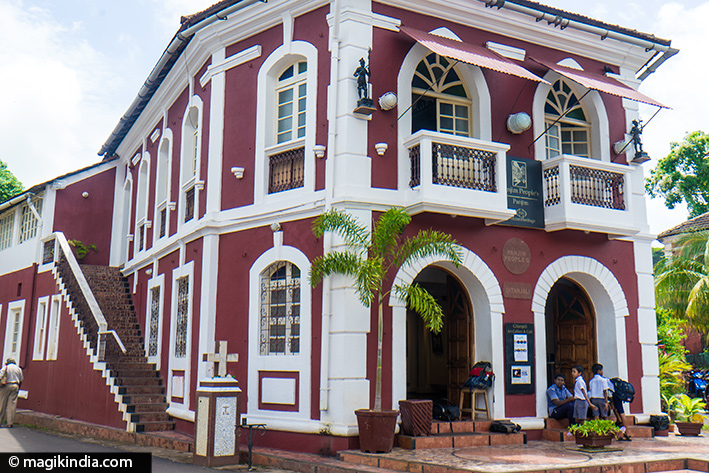 Fontainhas (or Bairro das Fontainhas, in Portuguese) is an old Latin Quarter in Panjim. The old houses built here in the 18th and 19th centuries in Portuguese architectural style are retained in their original colourful elegance with roofs formed of red tiles and houses painted in pale yellow, green or blue colours.

Goa has more than 50 beaches, equally mesmerising. Here is a selection of the 5 most popular of them. 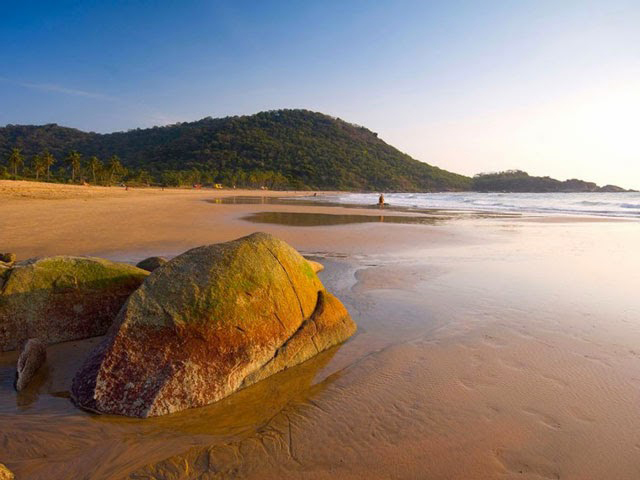 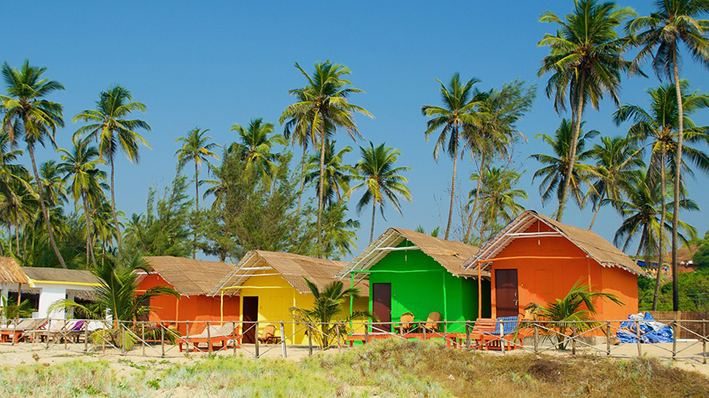 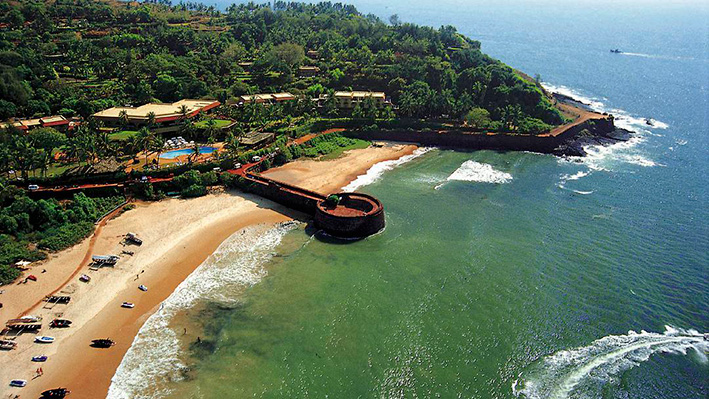 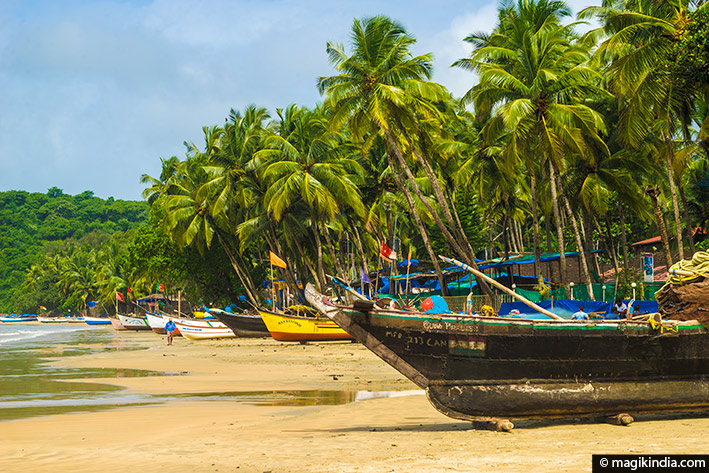 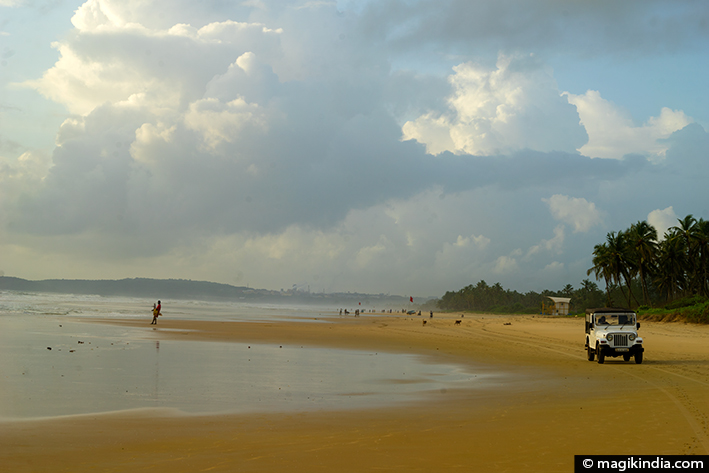 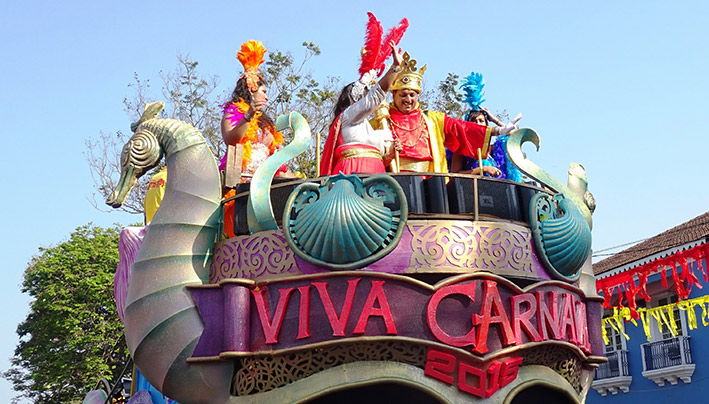 Among the various colorful feasts and festivals that are celebrated, the Goa carnival is the most eagerly awaited event. The Carnival is exclusive and unique to Goa, and was introduced by the Portuguese. The word Carnival (Carnival in Portuguese) is derived from a Latin word meaning “ to take away meat” and is an expression of the 40-day period of fasting of Lent, during which abstinence from meat is a rule.

The carnival is held for three days and nights, when the legendary King Momo takes over and, on the opening day, orders his subjects to party.

The carnival concludes with the famous Red-and-Black dance held in Panjim on the final day.