Raksha Bandhan or Rakhi is a Hindu festival that takes place every year in August, mainly in the North of India, and celebrates the unique bond of love, protection and respect between brothers and sisters. This celebration delivers a strong message of fraternity so that this ceremony extends often to the other members of the family but also to friends as well as to the sisters and brothers by heart. 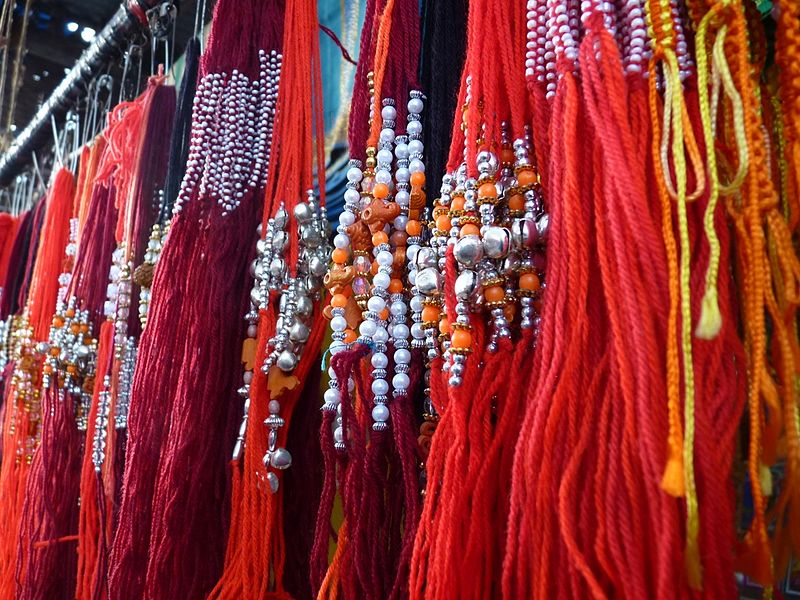 Rakhi is celebrated on the day of the full moon of the Shravana Hindu month (August) which also coincides with Upa Karma, the change of the sacred thread of the men of the Brahman caste. While Raksha Bandhan is generally celebrated by Hindus, over time, Jains and Sikhs have also adopted the tradition and call it Rakhardi or Rakhari. 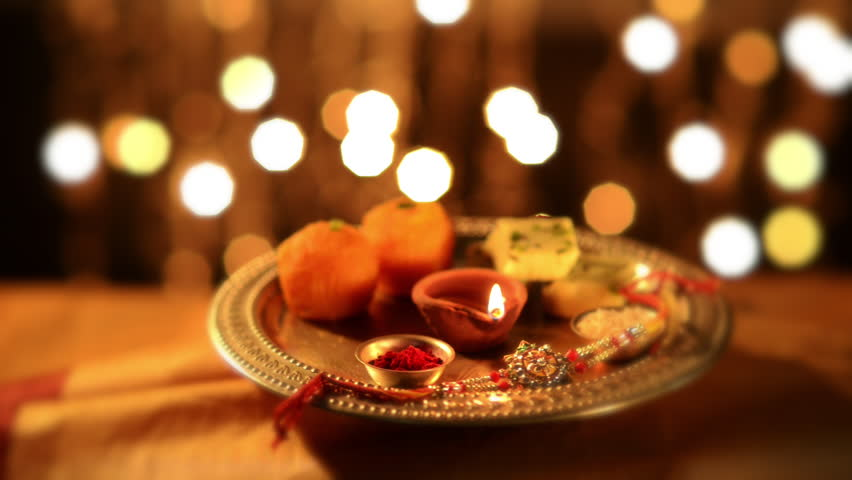 On the occasion of this festival, the sisters tie a thread or amulet called ‘Rakhi’ to the wrist of their brothers, they apply a tilak (a red mark in the center of the forehead) and make an arati (flame offering). The sister prays for her brother to have a good and long life. In return, the brother offers a gift to his sister and promises to take care of her and to protect her (let us not forget that India is still a very paternalistic society). According to Hinduism, the best time to tie Rakhi is during ‘Aparahna’, late in the afternoon. 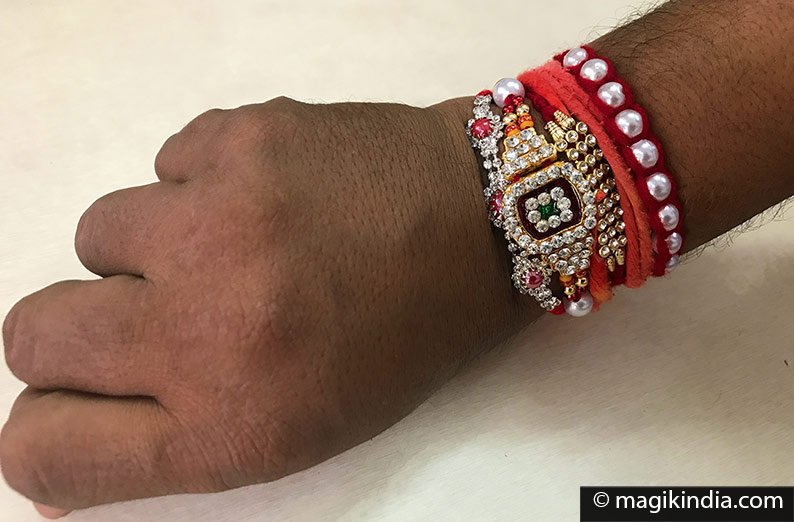 Rakhi amulets tied around the wrist of a brother

The thread, is called ‘Raksha Bandhan’ which means in Sanskrit ‘bond of protection’. It symbolizes the unique bond that exists between brothers and sisters.

In India, the sacred thread is often used as a symbolic protection. Thus, in Hindu temples, a thread is attached to the wrist of believers after being blessed by placing it on the deity. 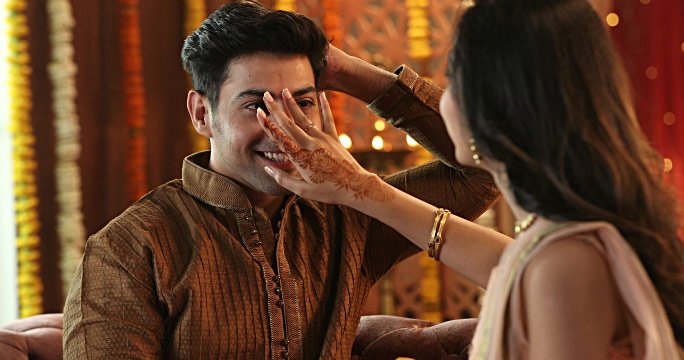 The sister applies tilak on her brother’s forehead

Vous aimerez aussi...
Diwali, the great festival of lights of India
At the new moon in the month of Karthik (October-November) Hindus celebrate Diwali, one of their major festivals, ...
Patan, Rani-ki-Vav and Patola sari
Patan is a fortified town dating from the 8th century CE. It was the capital of Gujarat until 1411, when the sulta...
16 must-see places in Rajasthan, north-west India
Rajasthan state is in northwest India, on the Pakistan border. This is the India of picture postcards, very popula...
← The Himalayan Char Dham Pilgrimage
Krishna Jayanti, the birth of the dark-faced lord →