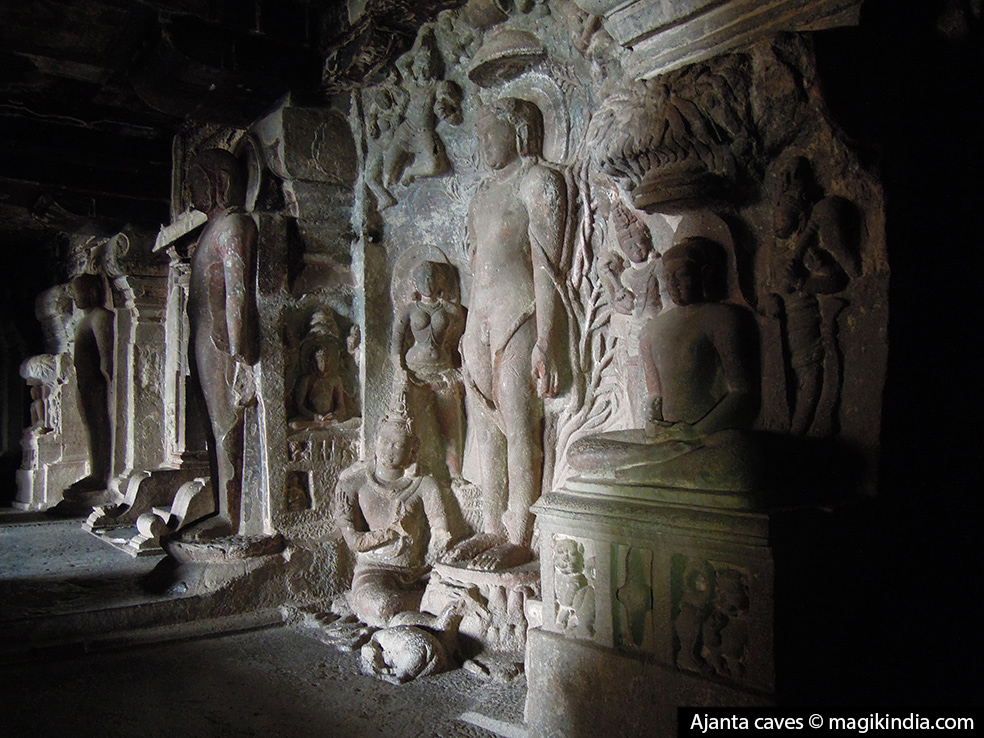 With Mumbai (formely Bombay) as its capital and a population of 100 million, Maharashtra has the second largest population of any Indian state. It is also the most highly industrialised, accounting for a large part of the country’s GDP. Mumbai is the home of India’s film industry, whence the name Bollywood (= Bombay/Hollywood) for a certain quintessentially Indian genre of films in the Hindi language.

There is no lack of places to visit in Maharashtra. There are breathtaking rock-cut caves and no fewer than three Shiva temples housing Jyotir Lingams or “lingams of light”, which makes them especially holy.

The majestic Elephanta caves on Elephanta Island, 10km from Mumbai, are reached by ferry from a jetty at the Gateway of India. A trip to the caves is a must-do for visitors to Mumbai…

The Ellora caves will take your breath away. The technical brilliance and aesthetic beauty of this Unesco World Heritage site undeniably put the caves among the world’s finest rock-cut temples and make them a reference point for all Indian art…

These long-hidden caves in the cliffs above a meander in the Waghora river now unveil their secrets to visitors. Inside, the life story and legends of the Buddha are told in magnificent frescoes and rock carvings, masterpieces of religious art whose impact once reached far beyond India’s borders…

Near the Ellora caves, in a small village called Verul, stands one of the 12 Jyotir Lingams or “Lingams of light”. It is believed to be the last Jyotir Lingam, and it is where the pilgrimage round the Jyotir Lingams ends…