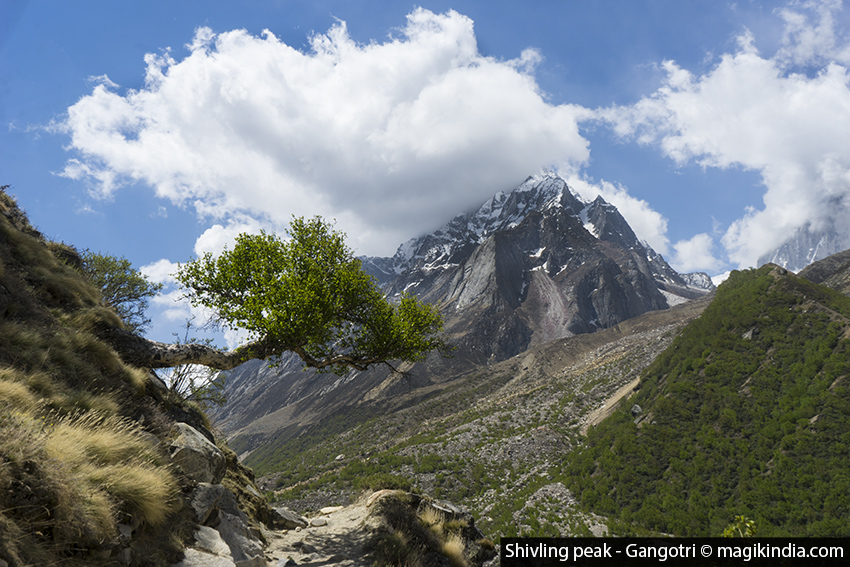 The state of Uttarakhand (the name means “land of the north” in Sanskrit) is famous for its magnificent wooded mountain landscapes. Uttarakhand’s glaciers give rise to two of the seven India’s holy rivers, the Ganges and Yamuna, so this is a land blessed by the gods. Haridwar, Rishikesh and the “Char Dham” offer perfect examples of its spiritual magnetism.

The city of the Rishis, sometimes called the world capital of yoga, is a tourist town where many Westerners come to take instruction. But it is a very pleasant place, steeped in the mystic atmosphere that so many sages and ascetics have come seeking over the centuries…

Haridwar, gateway to the sacred! Haridwar is one of India’s seven holiest places or ‘Sapta Puri’. It is a major pilgrimage centre, with millions of pilgrims flocking to it each year for it it is one of the four places that host the famous Kumbh Mela, the world’s largest religious gathering. This holy city boasts three ‘Siddha Peetha’, places where the wishes of worshippers are said to be fulfilled…

Char Dham, meaning ‘four abodes’, is the pilgrimage circuit around the four most revered pilgrimage sites in all India. These are in Badrinath, Dwarka, Puri and Rameshwaram, located at the four cardinal points of the Indian sub-continent. Over time, another Char Dham pilgrimage circuit has developed, in Uttarakhand state in North India. It is known as Chota Char Dham, ‘the four small abodes’ or ‘Himalayan Char Dham…