Haridwar, gateway of the Gods

Haridwar, gateway to the sacred! Haridwar is one of India’s seven holiest places or ‘Sapta Puri‘. It is a major pilgrimage centre, with millions of pilgrims flocking to it each year for it it is one of the four places that host the famous Kumbh Mela, the world’s largest religious gathering. This holy city boasts three ‘Siddha Peetha’, places where the wishes of worshippers are said to be fulfilled.

The literal meaning of Haridwar is “gateway of God” (Hari = God, dwar = gate or door). It is said that in Vedic times (ancient India), the three great gods of the trimurti (Hindu trinity) namely Brahma, Vishnu and Shiva visited the city.

It is the place where the Ganges, after flowing downhill for 250km from its source in the Gangotri glacier, enters the great Indo-Gangetic plain.

Haridwar and the Kumbh Mela

According to Hindu mythology, Haridwar is one of the four places where a drop of Amrita, elixir of immortality, fell accidentally after Vishnu churned up the ocean in the incident called the Samudra Manthan.

That event is recreated once every 12 years by the Kumbha Mela, an absolutely gigantic religious festival where millions of pilgrims come together.

The three Siddha Peetha – Around Haridwar there are three temples to Shakti (the female aspect of the divine). These are Mansa Devi temple, Chandi Devi temple and Maya Devi Temple. All three are Siddha Peethas, places where the wishes of sincere worshippers are said to be fulfilled.

To bathe here is considered an especially holy act. It is also a convivial place where families come to picnic. It is not unusual to be invited to share a meal.

This temple is dedicated to the serpent goddess Manasa, one of the forms of the Hindu goddess Durga.

Mansa or mansha means “wish” or “vow”. This place is a Siddha Peetha, a place where the wishes of worshippers are said to be fulfilled.

The shrine sits on the top of Bilwa Parvat Hill, above Haridwar. The faithful tie ribbons to a tree in the temple compound to have their wishes fulfilled.

To reach the temple you can walk up the hill, take the cable car (a long wait) or take a motorbike as far as the entrance.

This temple stands on Neel Parvat Hill 6km from Haridwar. It is a major pilgrimage site and one Haridwar’s five holy places.

Like the Mansa Devi temple, it is a Siddha Peetha. At the temple exit sits the statue of a lion, Durga’s mount. The faithful whisper their wishes into its ear.

To reach the temple you can either walk up the hill (a 3km ascent) or take the cable car. There is a breathtaking view of the Ganges plain from the top. 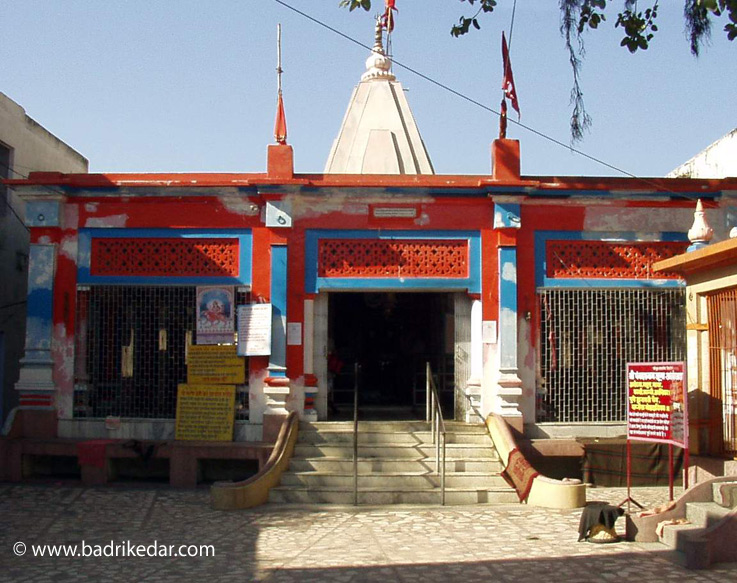 This temple 2km from Haridwar was built in the 11th century. It is dedicated to the Hindu goddess Maya.

The legend has it that the heart and navel of the goddess Sati fell at the exact spot where the temple stands today, which makes the temple a Shakti Peetha as well as a Siddhi Peetha like the Mansa Devi and Chandi Devi temples.

Kankhal is a small village 3km from Haridwar. It is one of Haridwar’s five pilgrimage sites.

There are numerous ashrams here and it is regarded as Lord Shiva’s summer capital.

The main attraction is Daksha Mahadev temple, dedicated to the Hindu god Shiva. It is the place where, according to the legend, Shiva’s consort Sati burned herself alive. The Shakti Peethas derive from this story.

The other attraction in Kankhal is the ashram of Sri Anandamayi Ma, whom Hindus consider to have been an incarnation of the divine mother. Her tomb (samadhi) is here. The quiet serenity of the place reflects the tone of the saint’s life.

6 Comments on “Haridwar, gateway of the Gods”