Halebid, or Halebidu, was the capital of the Hoysala empire in the 12th and 13th centuries. This dynasty has left a monument of unparalleled splendor, the temple of Hoysaleswara. The richness and finesse sculptural details are undoubtedly the most exquisite example of Hoysala architecture. 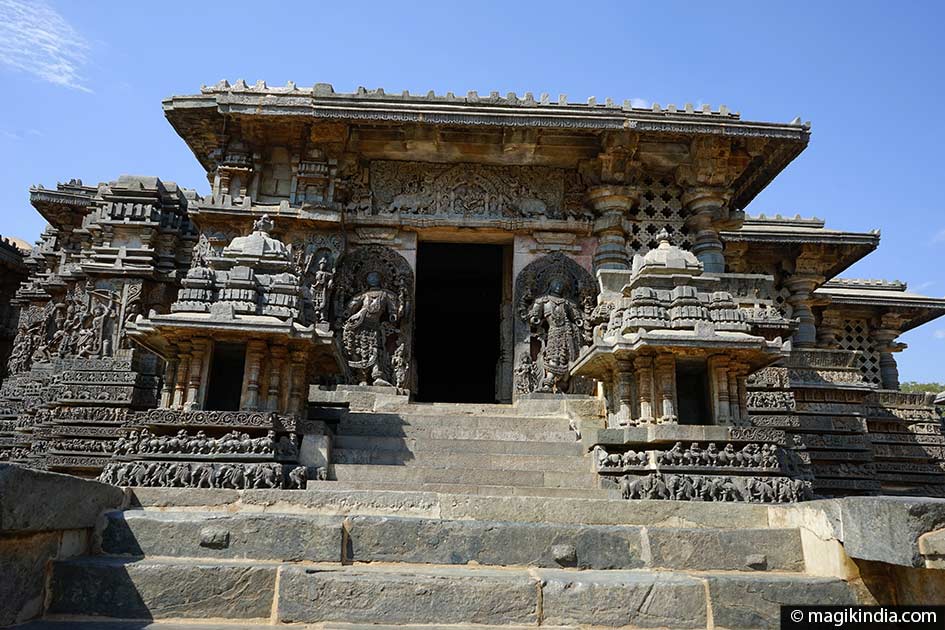 Entrance of the temple

The temple of Halebid was built around the year 1121 CE, during the reign of King Vishnuvardhana. It was abandoned in the 14th century when the armies of Malik Kafur sacked and looted the town. 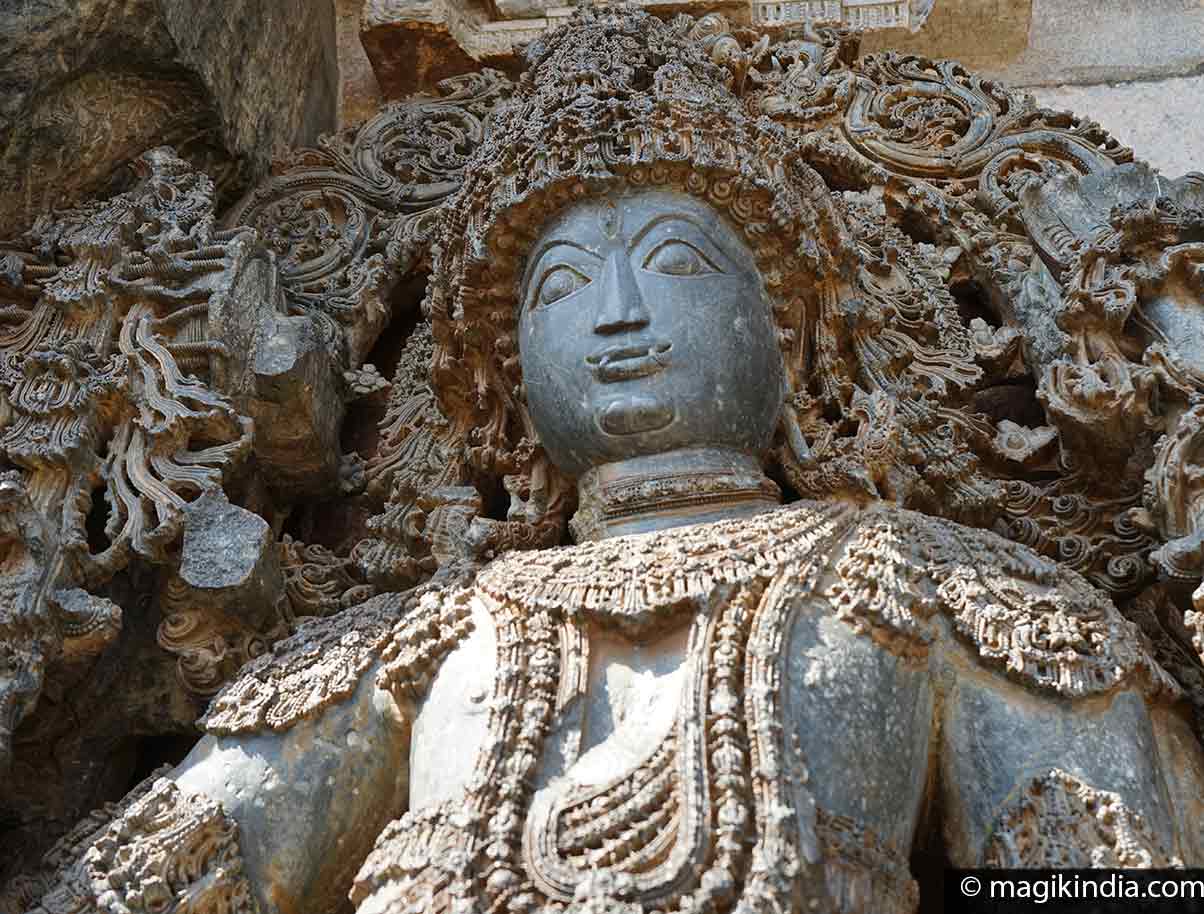 Detail of the guardian at the entrance 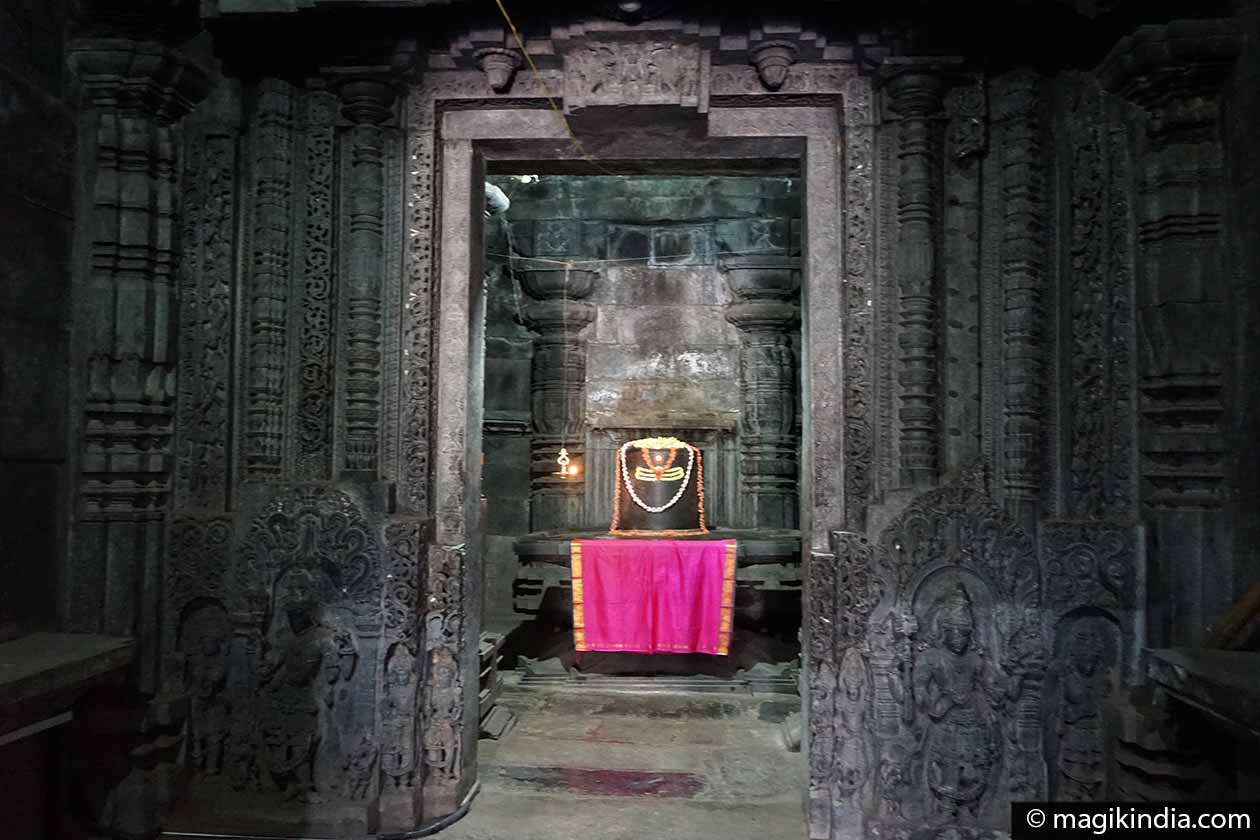 The temple is dedicated to Shiva represented by a Lingam, universal symbol of Shiva. There are also two statues of Shiva’s mount, the sacred bull Nandi. 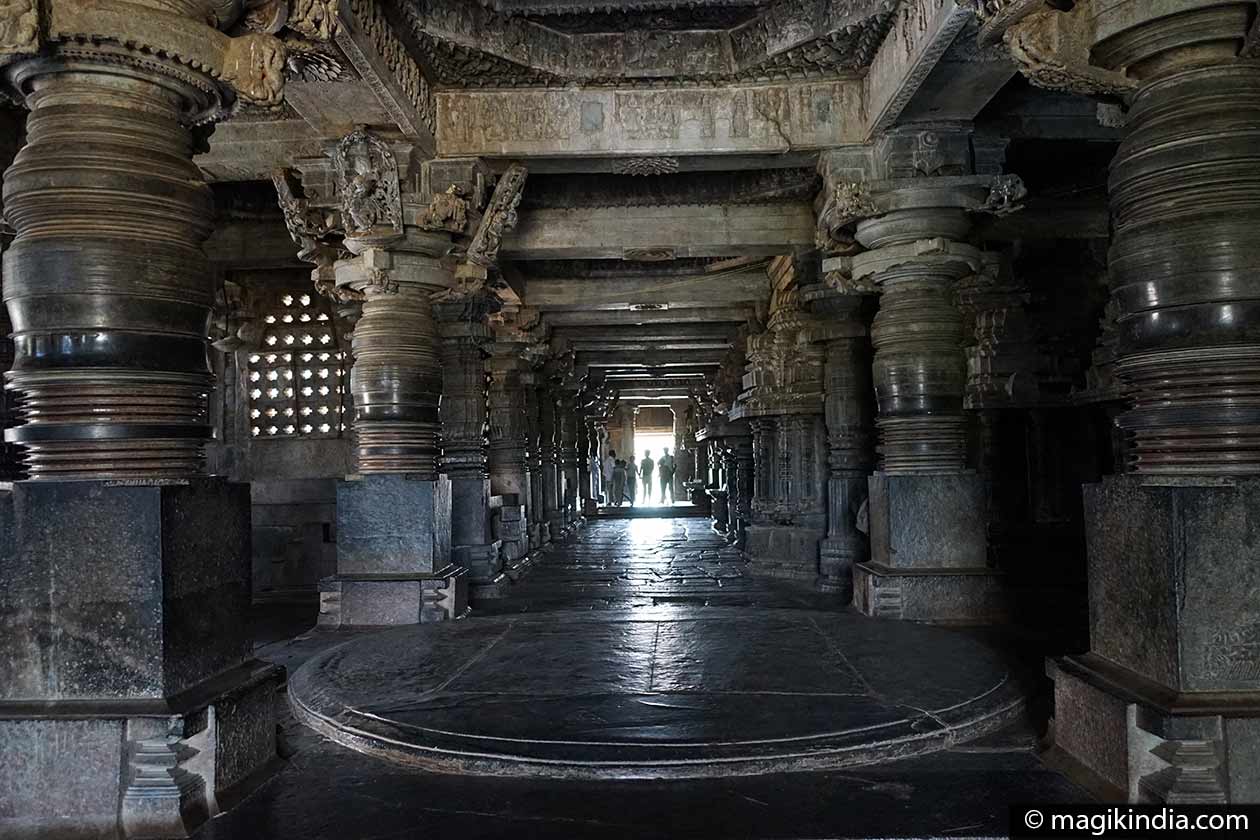 Though the inside of the temple is fairly simple, with the lathe-turned pillars typical of Hoysala architecture, the outside will constantly amaze you with the richness and detail of its carvings.

The walls of the temple are covered with an infinite variety of representations of Hindu mythological themes, animals, birds and shilabalikas or dancing figures. Each sculpture is unique; no two are alike. 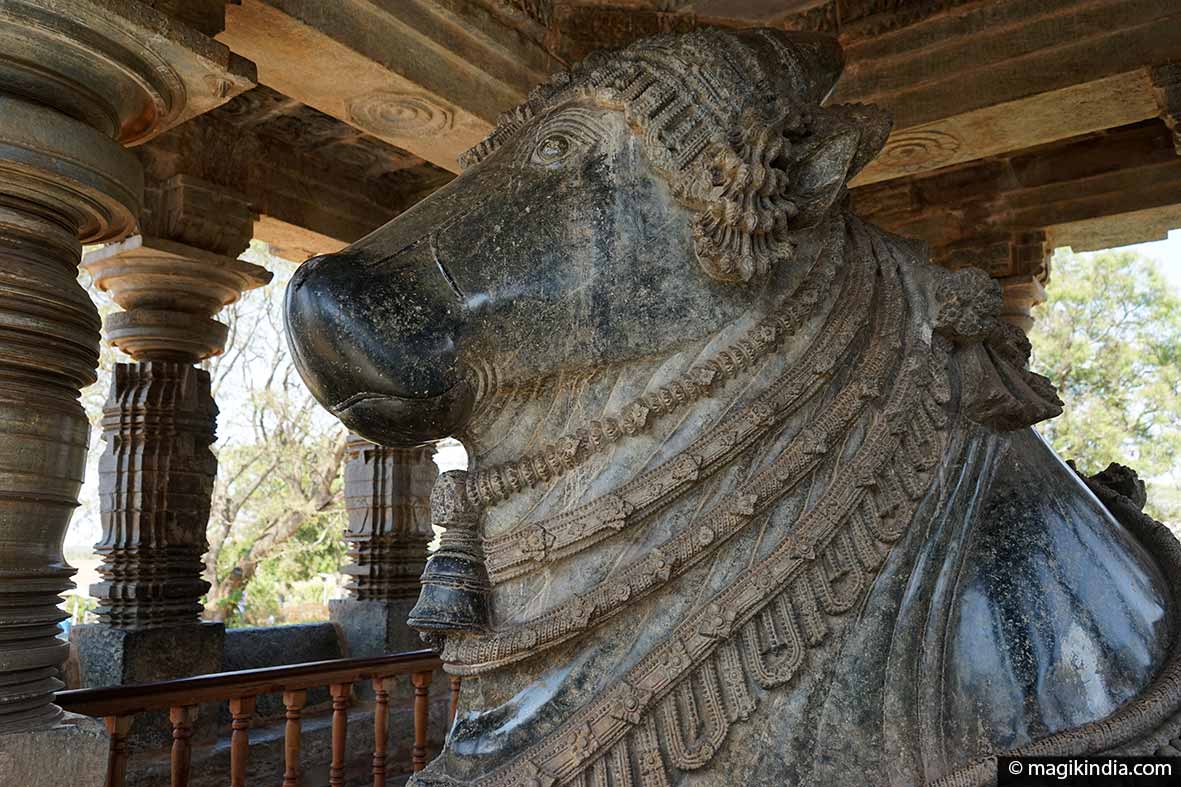 VOUS AIMEREZ PEUT-ETRE AUSSI...
Badami, some of the earliest Hindu temples
Badami, formerly known as Vatapi was the capital of the early Chalukya dynasty, from 540 to 757 AD. It is famous f...
Udupi, a Mukti Kshetra pilgrimage site
Udupi, 60km from Mangaluru, is best known for its famous temple devoted to Krishna, one of the incarnations of the...
Pattadakal, Chalukya kings' coronation place
Pattadakal, a World Heritage Site, is, along with Aihole and Badami, the architectural gems of northern Karnataka ...
Shravanabelagola, the jain geant of Karnataka
The colossal Gomateshwara stands tall on its hilltop, like a lighthouse protecting the town of Shravanabelagola an...
Mangaluru (Mangalore), city of the Mangaladevi goddess
Mangaluru is a port city on the Arabian Sea. Much of India's coffee output leaves from here. The town's main attra...
Hampi, the city of the Vijayanagara kings
The city of the Vijayanagara kings is one of the most grandiose sights in India. A listed Unesco World Heritage si...
← Mysuru (Mysore), the royal city of Karnataka
Udupi, a Mukti Kshetra pilgrimage site →