Kollam (Quilon), southern gateway to the Kerala backwaters, was once a flourishing port where Romans, Chinese and Arabs came to trade. Today, the main attraction of Kollam is its Lake Ashtamudi, which offers, off the beaten track, beautiful boat trips to Munroe Island where you can stay with the locals, in small cottages amidst the palm groves … A must! 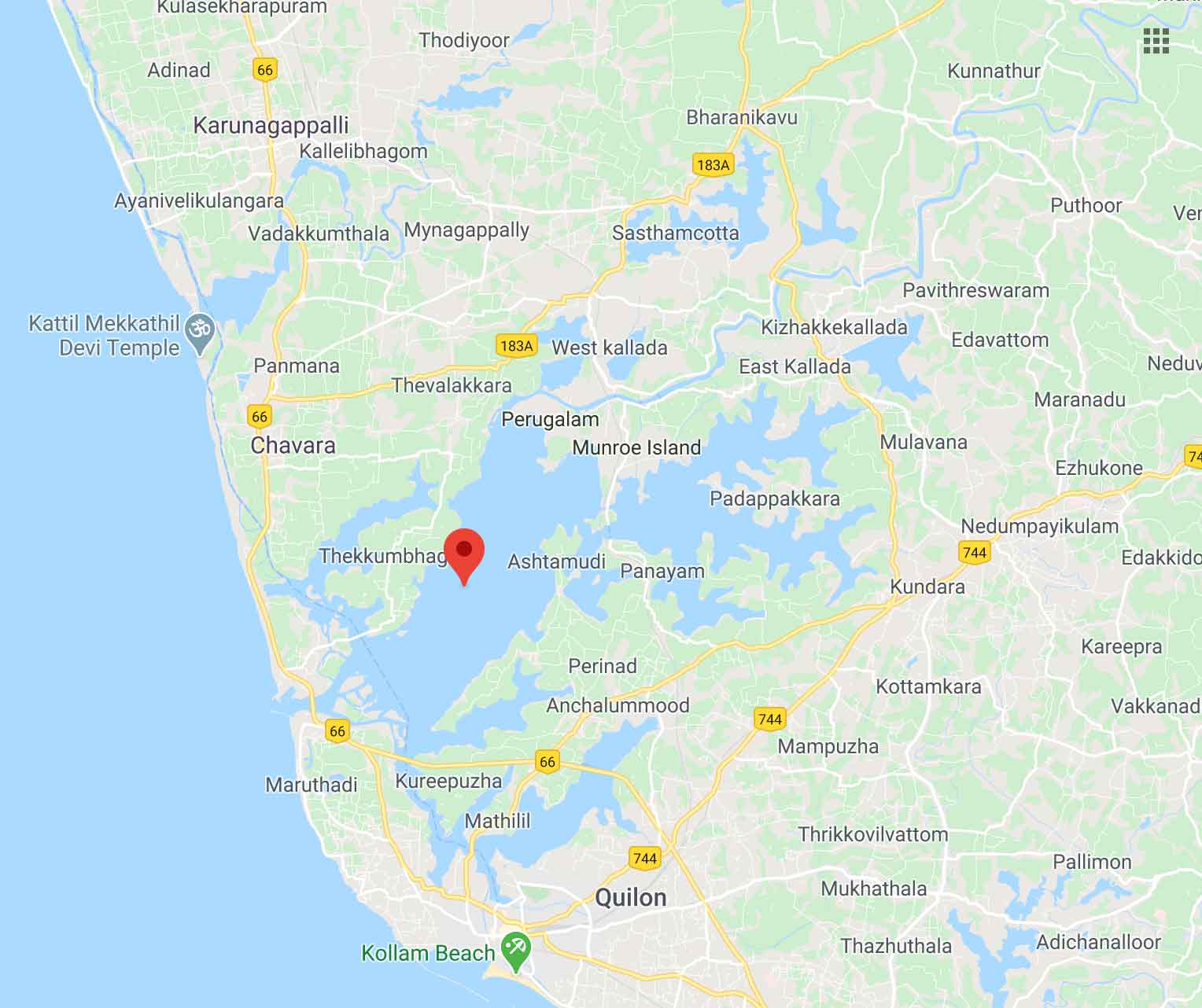 Kerala’s second largest lake, Ashtamudi Lake is 16km long and is noted for its splendid waterscapes and wetlands.

“Ashtamudi” means “eight branches”; the lake is a fusion of eight smaller bodies of water that converge towards the Neendakara estuary where they empty into the Arabian Sea. The lake is fed mainly by the Kallada River, formed by the meeting of the rivers Kulathupuzha, Chenduruni and Kalthuruthy which flow down from the Western Ghats.

Lake Ashtamudi, unlike the other Kerala backwaters (Alleppey in particular) is not yet too touristy and you can sail quietly on its calm waters. The must is to extend your journey to Munroe Island to stay in a friendly homestay (see below).

There is also a traditional Ayurvedic center on the banks of the lake. If you have a little more time, you can get a complete Ayurvedic currently in an enchanting environment.

KNOW ABOUT THE AYURVEDIC CURE AT ASHTAMUDI LAKE

This cluster of eight small islands, about 14km across, lies between Ashtamudi’s upstream backwaters and the Kallada River.

It is named after Colonel Munroe, the second administrator of Travancore district under British rule.

If you want to take things easy, a homestay on Monroe Island is just perfect, offering complete tranquillity and bona fide local food. From there, a trip in a canoe that zigzags skilfully among the creeks reveals all the island’s wild beauty with mangrove swamps, palm groves and flocks of migratory birds making a stopover. You can also witness local crafts such as weaving coconut fibre, called coir, extracting coconut oil and making toddy, a kind of coconut beer.

Depending on the season and with a little bit of luck, you may attend a traditional Kerala wedding and, why not, taste a delicious ‘thali’ at the guest table. 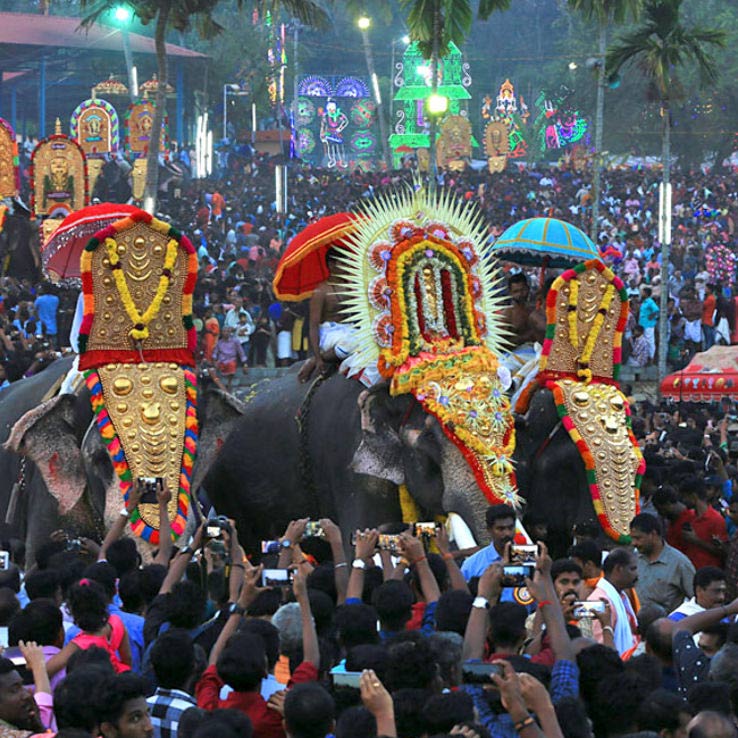 Parippally Gajamela is part of the annual festival at the Kodimoottil Sree Bhagavathy Temple dedicated to Goddess Bhadrakali. The word gajamela in Malayalam literally means festival of elephants. Several cultural programmes are also arranged as part of the event on the temple premise. The get-together of the 50 caparisoned elephants takes place on the last day of the ten-day festival.

Jatayu is the latest tourist attraction of kerala located in Chadayamangalam, 46 km from Kollam. It houses the largest bird sculpture in the world (61 m long x 46 m wide x 21 m high) over more than 1,400 m2. Inaugurated in 2018, it took sculptor and cinema director Rajiv Anchal six years to complete this colossal work.

Jatayu is a legendary bird of the Indian Ramayana epic who tried to save Sita (the wife of the lord Rama) when she was kidnapped by the demon king Ravana. Jatayu fought with all his might, but the demon king cut the left wing of the mythical bird and was able to escape with his prisoner. Like in the legend, the Jatayu bird in the park has only one wing.

The sculpture is worth a visit in itself, but the complex also includes an eco-adventure park that offers activities such as rock climbing, abseiling and a long zip line trip. Inside the mythological bird, there are a digital museum, a 6D cinema and a platform arranged in the eyes of the bird, which gives you a superb panoramic view of the surrounding nature. To reach the statue, you can either opt for a trek of around 1 hour or go up by cable car.


VOUS AIMEREZ PEUT-ETRE AUSSI...
Kozhikode (Calicut), once the capital of Zamorins
Kozhikode (Calicut), basking in an idyllic setting between the Arabian Sea and the luxuriant Wayanad hills, was on...
Thiruvananthapuram (Trivandrum), capital of Kerala
Thiruvananthapuram is the capital of Kerala. Its name means 'city of Lord Anantha' referring to Anantha, the mythi...
Onam, the return to Earth of the king Mahabali
Onam is Kerala's biggest festival. It falls in the Hindu month of Chingam (August-September) and marks the return ...
Aranmula
Although few foreign tourists come here, this peaceful village on the banks of the River Pampa is an important pla...
Aranmula et ses mystérieux miroirs ‘Kannadi'
Encore peu visité des touristes étrangers, Aranmula est cependant un haut lieu de pèlerinage pour les hindous ; ce...
Kochi (Cochin), the gateway to Kerala
Kochi (or Cochin), known as the "gateway to Kerala", has that special eclectic atmosphere of cities that have been...
← Bikaner, the red city of Rajasthan
Chennai (Madras), Capital of Tamil Nadu →