Devipattinam is a small village 17km from the famous Rameshwaram temple. The village boasts an surprising temple consisting simply of nine stones standing in the sea. 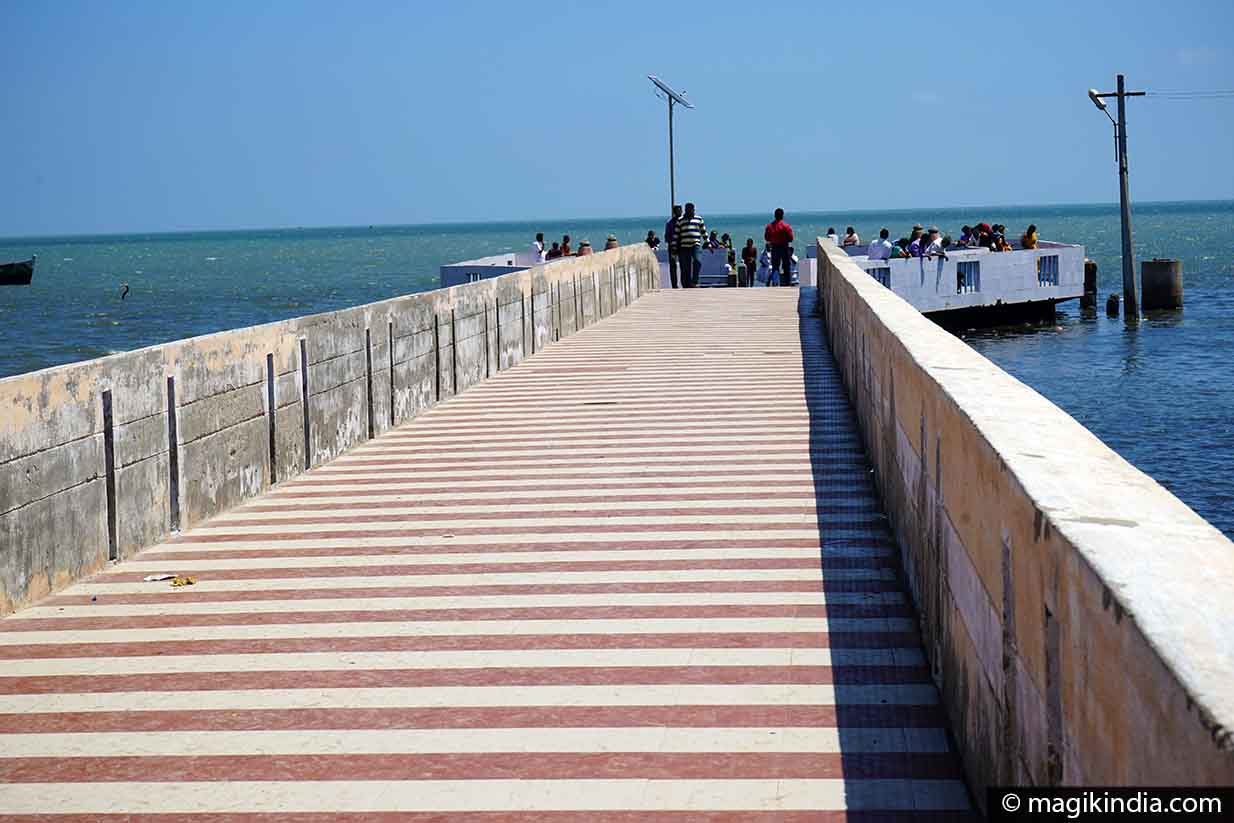 Legend has it that before he set off for Sri Lanka to fight Ravana, Rama made an auspicious sign at Devipattinam by setting down nine stone idols symbolising the Navagraha. 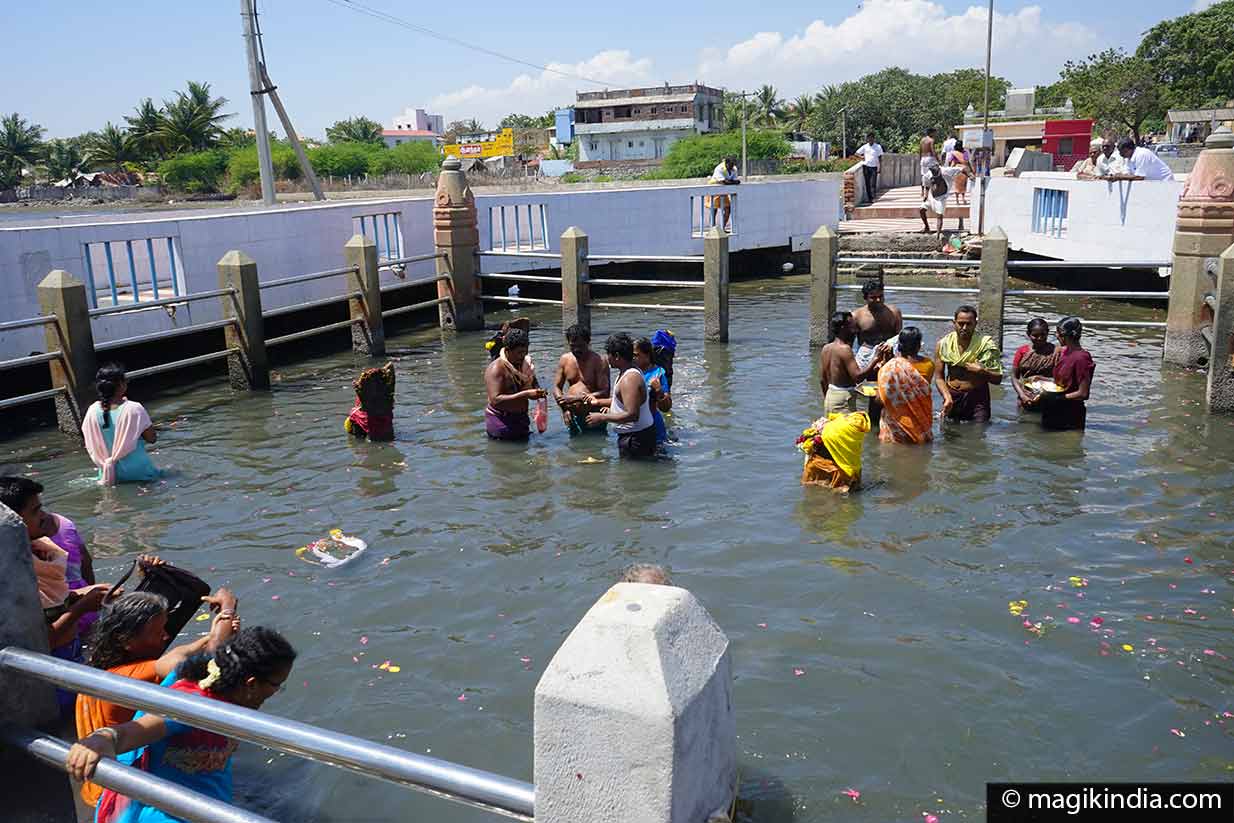 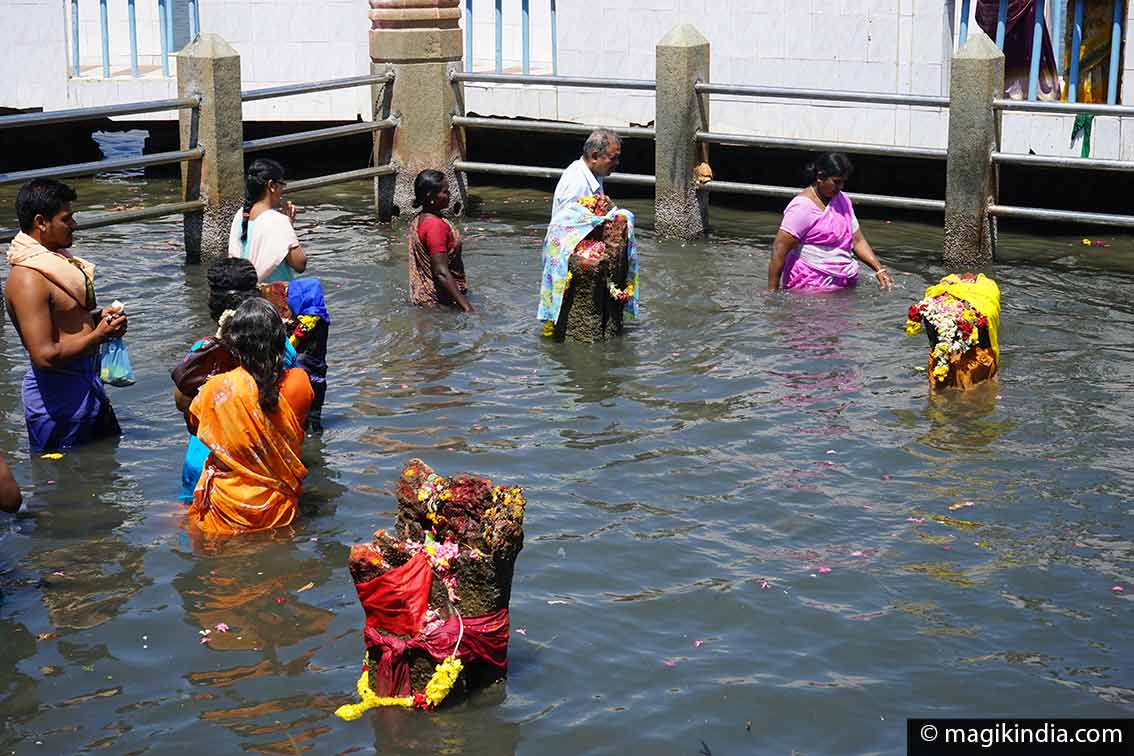 The Navagraha are very important to Hindus because they are believed to influence human destinies. If their positions in the sky are inauspicious the people affected will suffer problems for their health, finances, family situation etc. 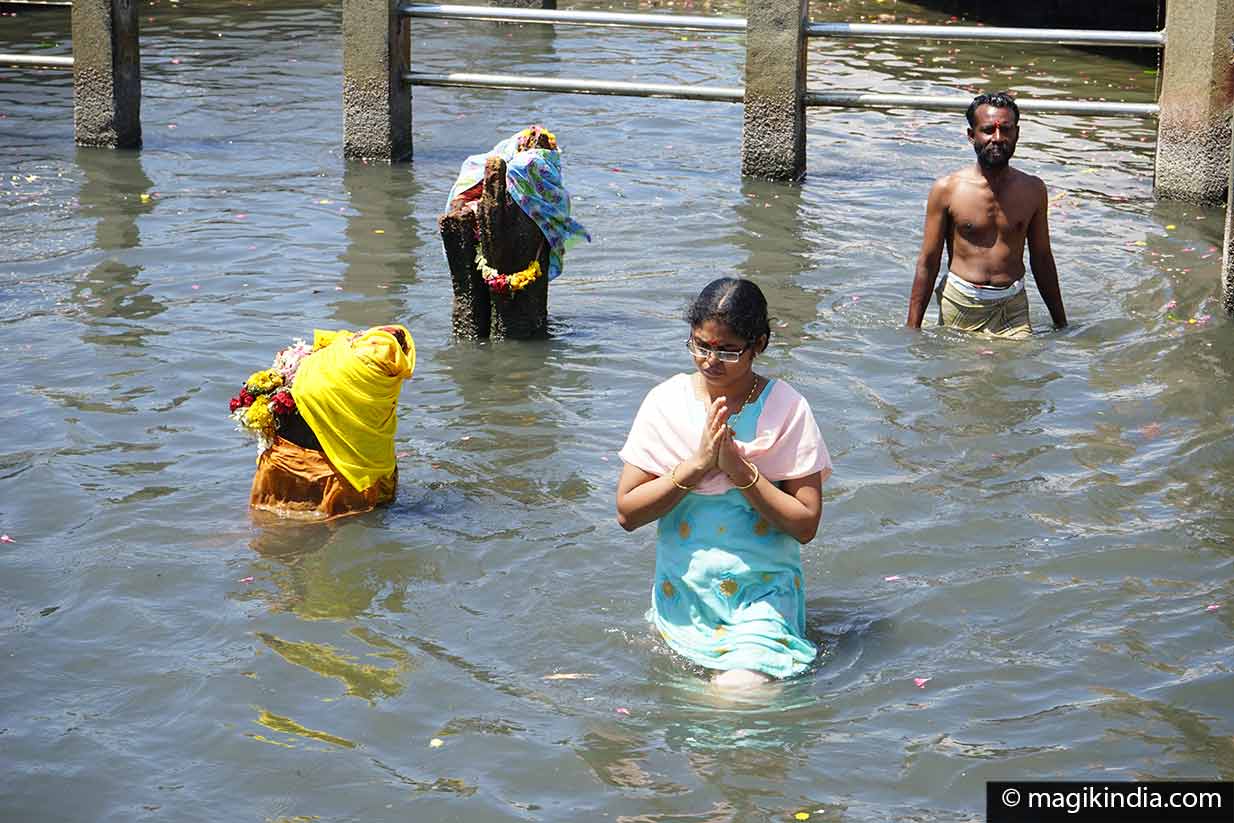 The nine planets of the Devipattinam temple are partly or wholly submerged in the sea depending on the state of the tide. They are not statues but simply standing stones. Pilgrims come to make offerings and walk around the stones. The temple is reached by a long platform built just above the sea. 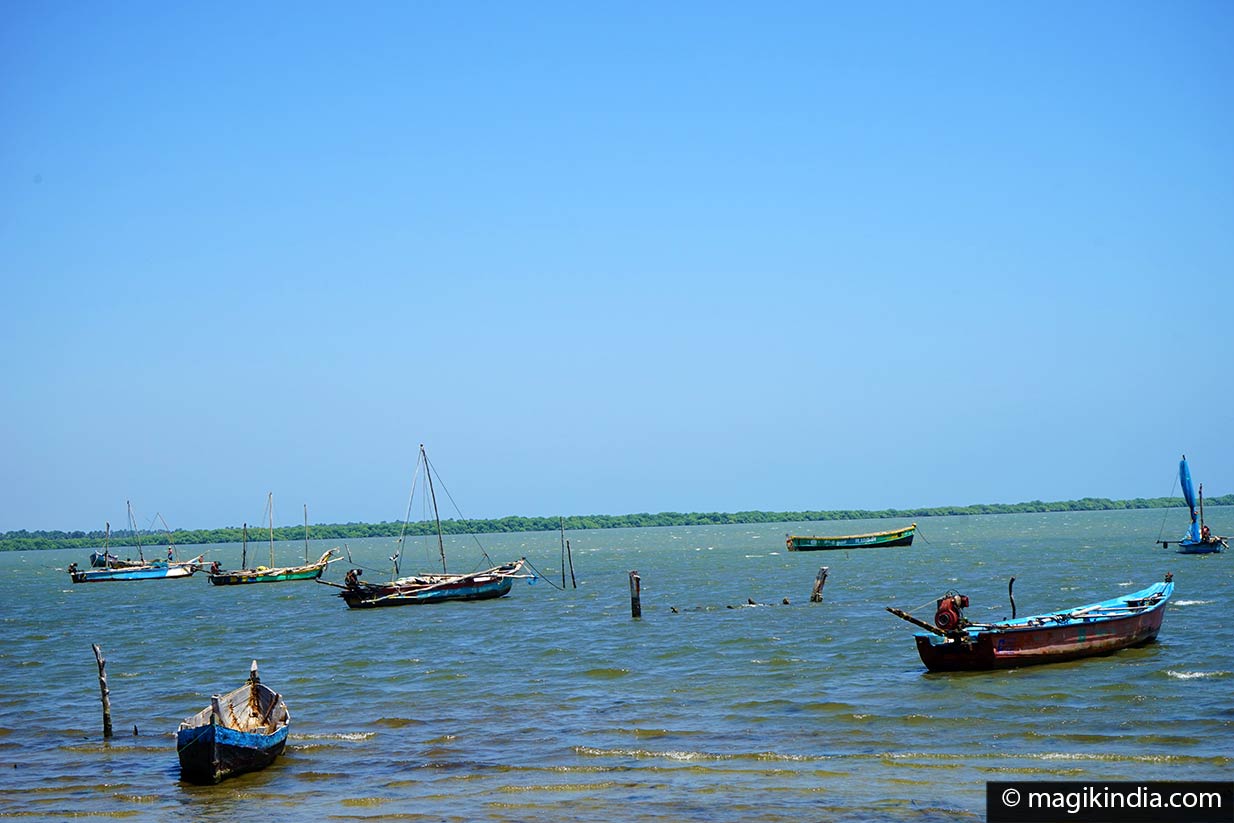 Devipattinam is also known for the Hindu ritual of Tarpan, which people perform in memory of their ancestors. It involves prayers, chanting and offering food and water to the deity of the place and the souls of the ancestors.

Vous aimerez aussi...
Madurai, city of the goddess Meenakshi
The legend has to that Madurai was built where a drop of divine nectar fell from Lord Shiva's hair. The town is bes...
Ooty (Udhagamandalam), the queen hill station of Nilgiris
Udhagamandalam, 80km north of Coimbatore (Tamil Nadu), is better known by its English abbreviation: Ooty. It is a ...
Mahabalipuram, architectural masterpieces
The little spray-swept village of Mahabalipuram, 60km south of Chennai, is a delight, although very touristy. The ...
← Aranmula and the fascinating Vallamkali Snake-Boat Race
Dussehra in Bastar, a hindu-ethnic festival →