Kanyakumari, formerly called Cape Comorin, it the southern tip of India where the Arabian Sea meets the Indian Ocean. The place is named after the goddess Devi Kanya Kumari, a form of Parvati. The town is mainly a holy place for Hindus because of its Bhagavathy Kumari temple and its connections with Swami Vivekananda, Mahatma Gandhi and the sage Agastyar. 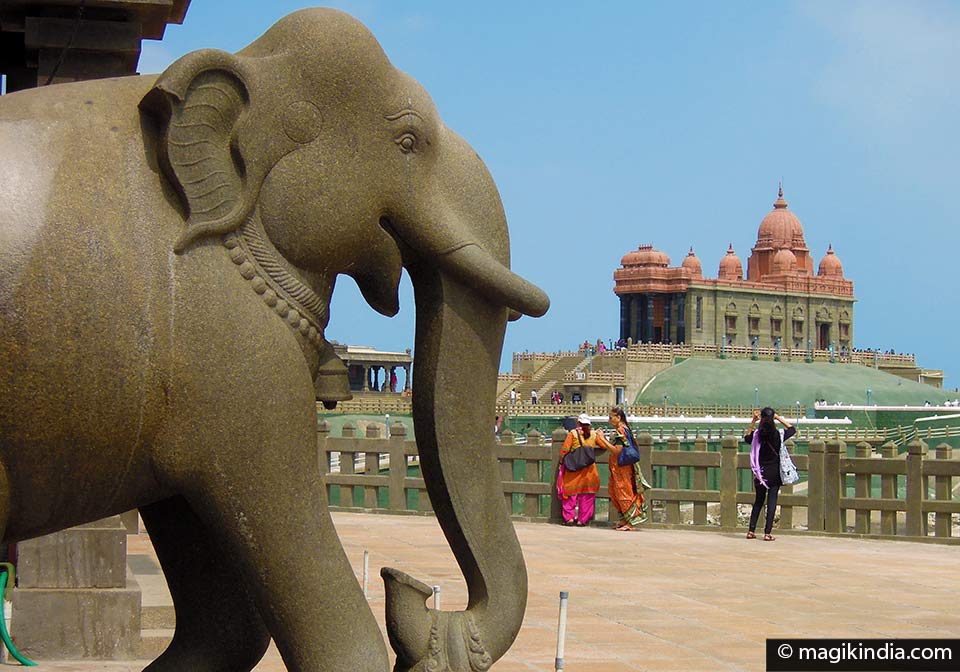 The Vivekananda memorial stands on a rock about 500m off the coast.

It can be reached by ferry across a rather rough stretch of sea. It was built in 1970 in honour of Swami Vivekananda’s visit to Shripada Parai in 1892.

The story goes that he swam to the rock and meditated there. It is said that is here that he attained enlightenment and became a great philosophical reformer. 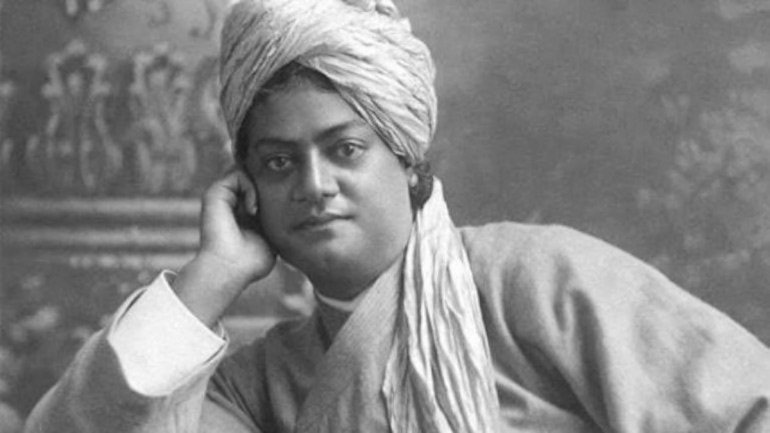 “You have to grow from within. No one can teach you, no one can make you spiritual. There is no teacher but your own soul” Swami Vivekananda 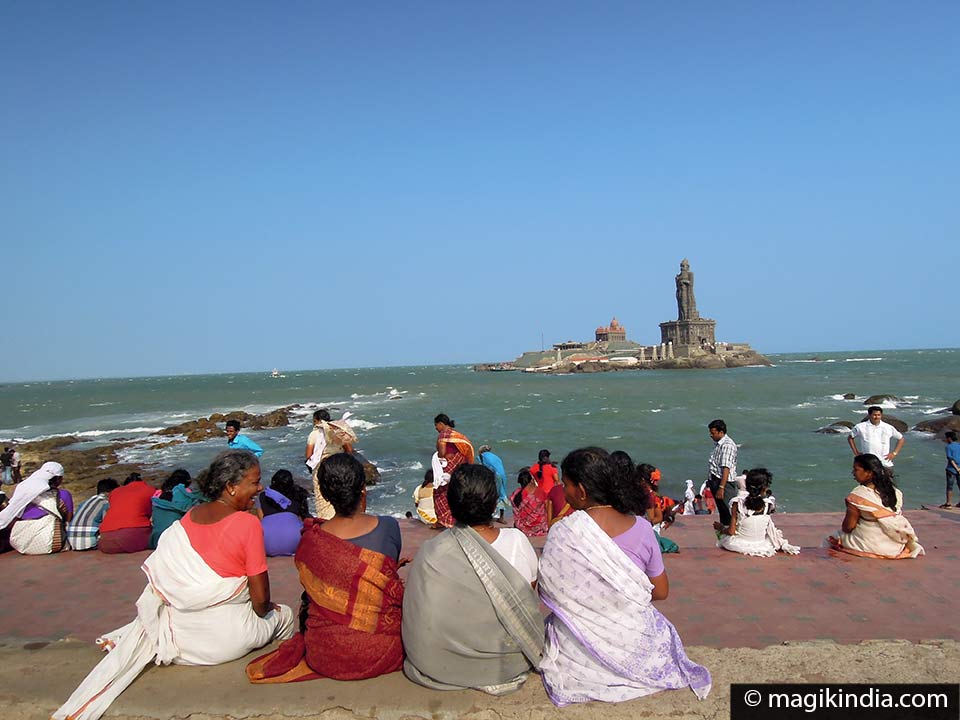 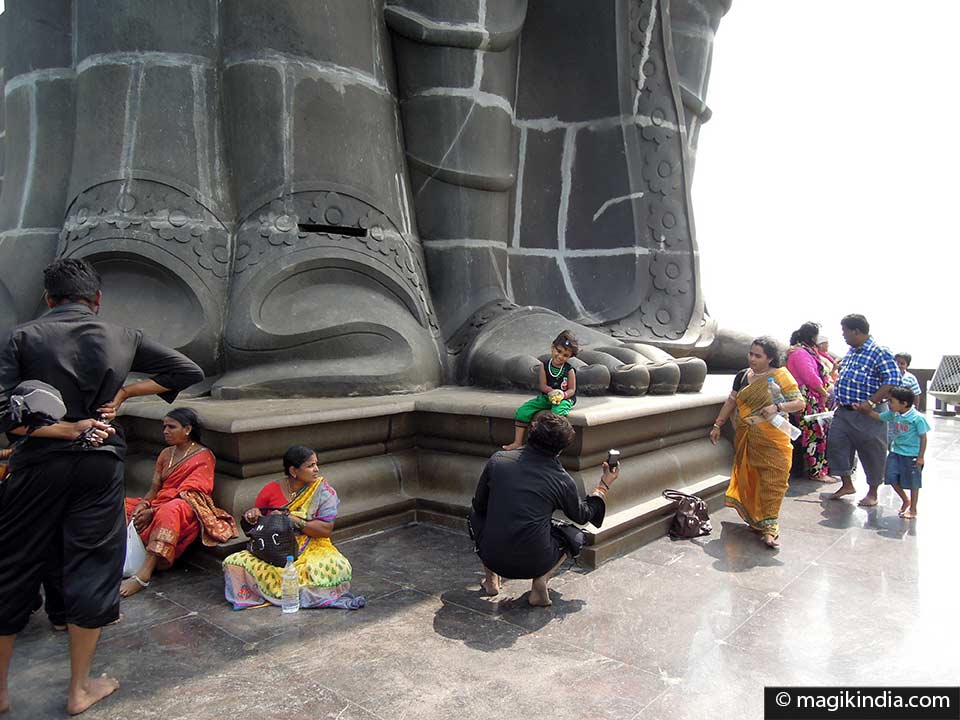 The statue was inaugurated on 1 January 2000. Twenty-nine metres tall, it stands on a 12m plinth on which the Thirukkural‘s 38 chapters on virtue are carved. The combined height of plinth and statue is 133ft (40.5m), representing the 133 chapters of the Thirukkural. 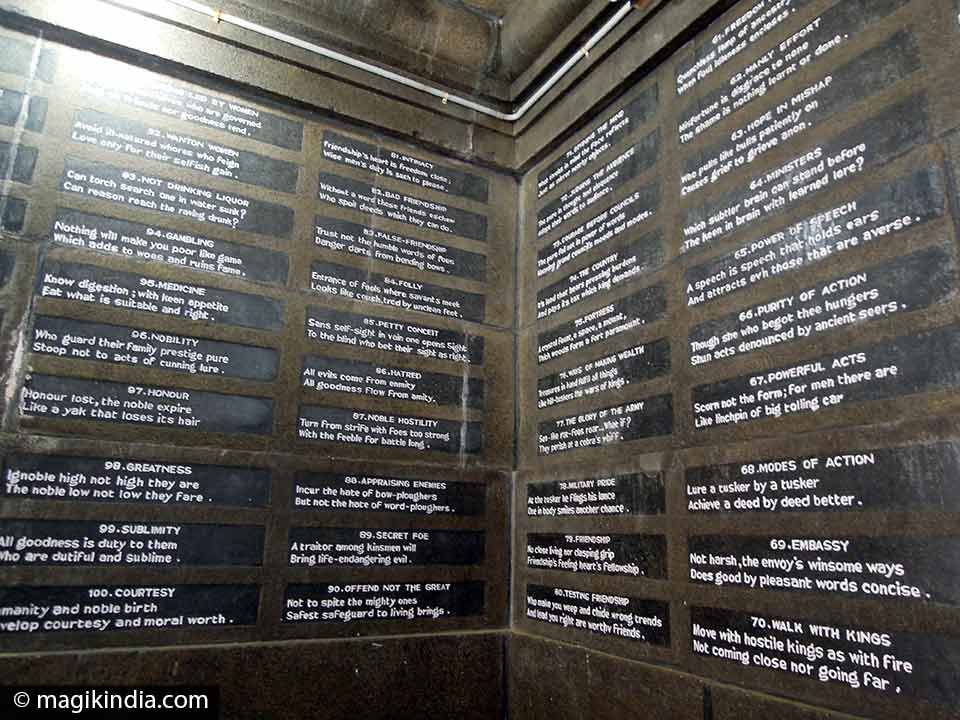 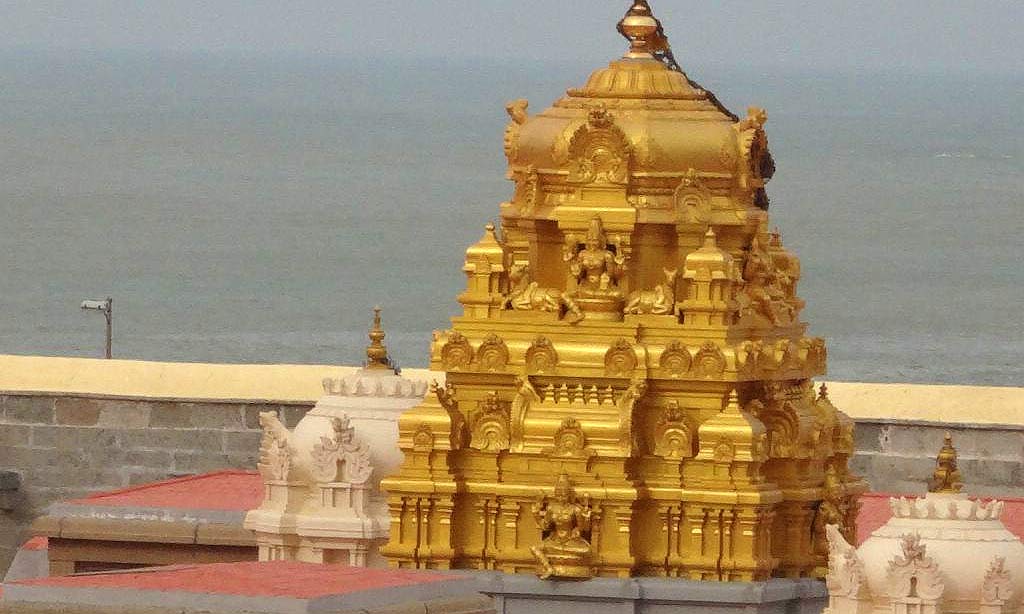 Bhagavathy Devi, also known as Devi Kanya Kumari, is the goddess Durga in the form of an adolescent girl.

She is the goddess of sannyas (renunciation) and penitence. The Goddess is believed to be the one who removes the rigidity of our mind,

This highly revered temple is also one of the 51 Shakti Peethas; it is said that the spine of the goddess Sati’s body fell here. 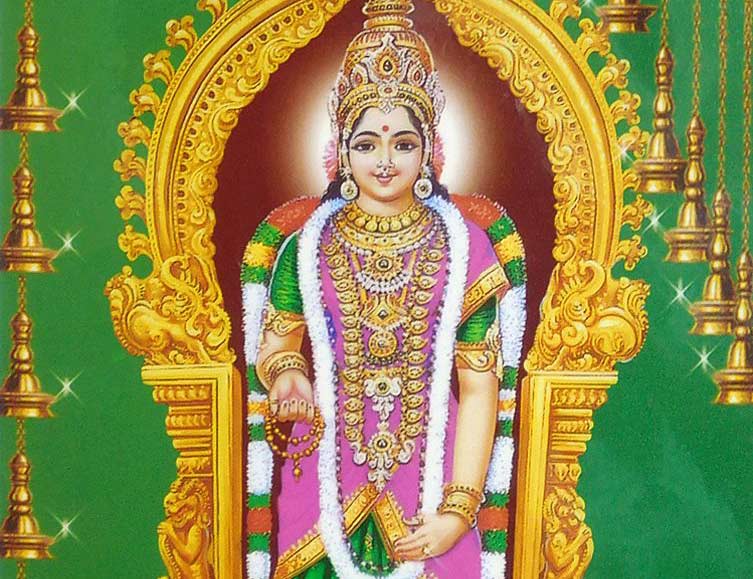 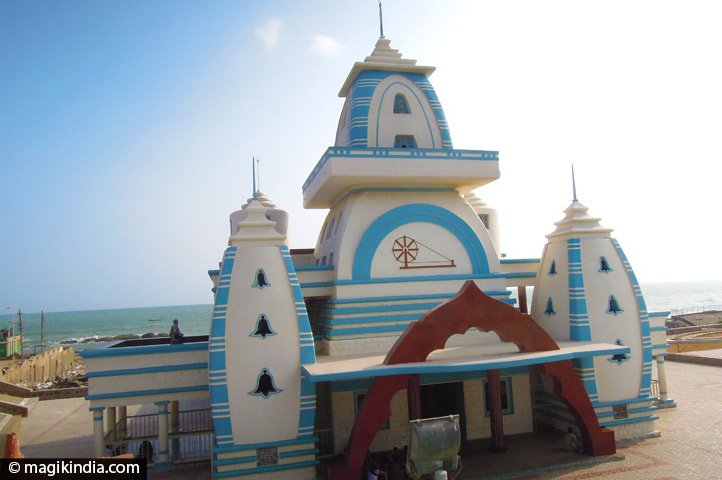 Near the Kumari Amman temple stands a memorial to Mahatma Gandhi, who visited Kanyakumari in 1925 and 1937.

Some of Gandhi’s ashes were kept here before being scattered at sea.

The memorial is built in the Odisha architectural style and designed so that each year on 2 October, Mahatma’s birthday, the sun’s rays fall exactly on the spot where the funerary urn stood.

The height of the building’s centre is 79 feet, representing the age at which Mahatma died. 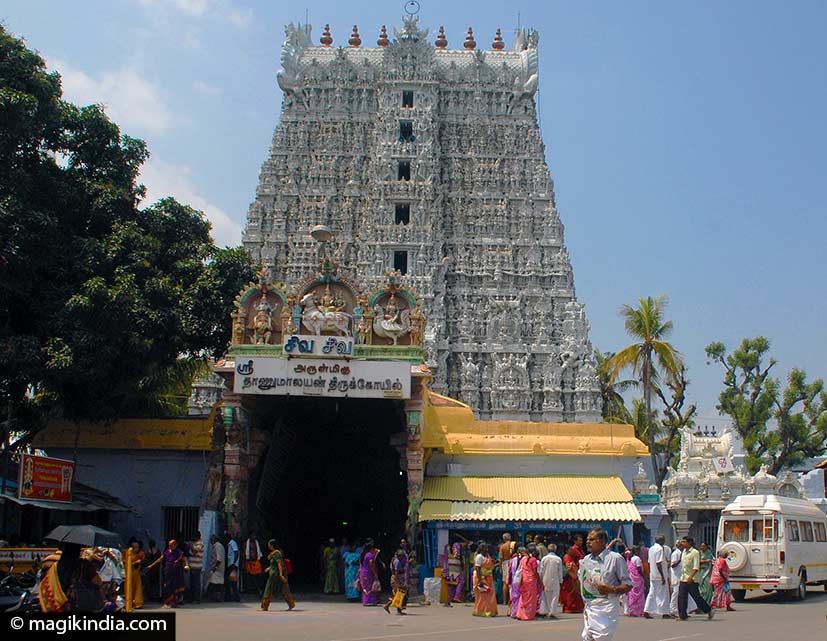 The Thanumalayan is dedicated to the three gods of the Trimurti or Hindu trinity.

Thanu is a reference to Shiva, Mal to Vishnu and Aya to Brahma. The temple was built in the 17th century and its 40m gopuram is remarkable for the intricacy of its carvings of Hindu deities. This place is also called Suchindrum in sacred scriptures.

Legend has it that Indra, king of the Devas, came to pray at the temple to be released from a curse. Suchi comes from a Sanskrit word for “purify”. It is also said that Indra visited the temple at midnight every night to perform an Ardhajama Puja (night ritual).

VOUS AIMEREZ PEUT-ETRE AUSSI...
Kartikai Deepam, the festival of lights of Tamil Nadu
Kartighai or Kartikai Deepam is a Hindu festival of lights that is mainly celebrated in Tamil Nadu, South India. I...
Tiruchirappalli (Trichy), the city of the Rock Fort
Tiruchirappalli, better known as Trichy is instantly recognisable from the temple perched on high rock outcrop nea...
Madurai, city of the goddess Meenakshi
The legend has to that Madurai was built where a drop of divine nectar fell from Lord Shiva's hair. The town is bes...
Mahabalipuram, architectural masterpieces
The little spray-swept village of Mahabalipuram, 60km south of Chennai, is a delight, although very touristy. The ...
Navapashanam, the nine planets temple
Devipattinam is a small village 17km from the famous Rameshwaram temple. The village boasts an surprising temple co...
Kanchipuram, the city of gold of Tamil Nadu
It is said that Kanchipuram gives eternal happiness to those who visit it. Located 65km from Madras on the banks o...
← Thirukokarnam, abode of the goddess Praghathambal
Attukal Pongal, the harvest festival of Trivandrum →