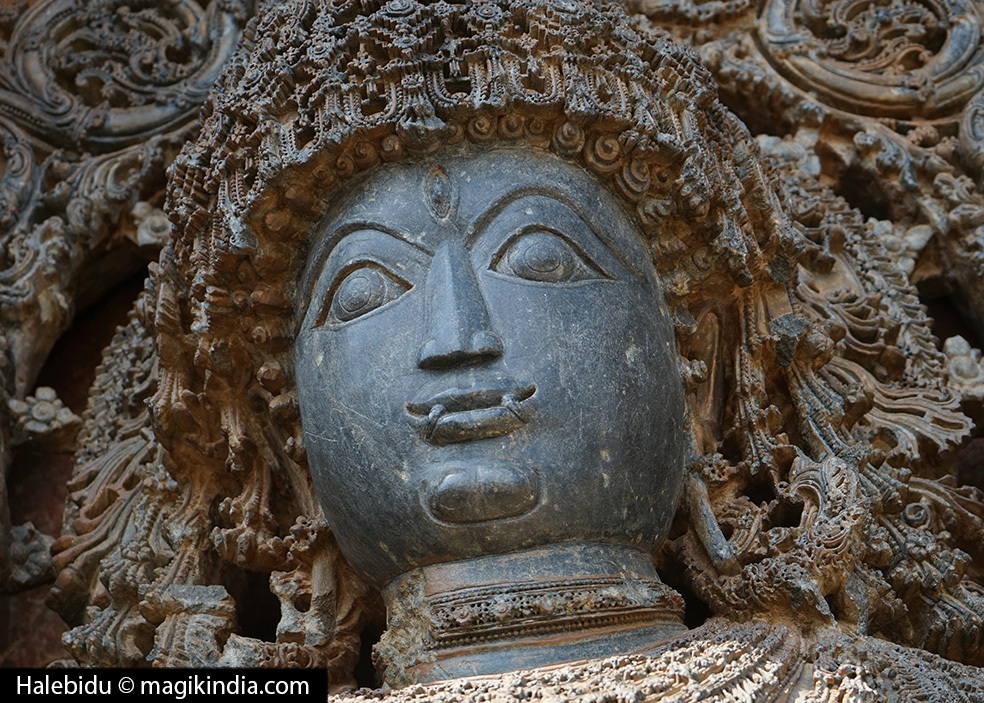 Karnataka, historically the state of Mysuru (Mysore), lies in the southwest. It includes the lush coastal strip of Karavali, the mountainous region of Malnad, which is part of the long Western Ghats range, and an upland plateau region. Karnataka’s capital is the very modern Bengaluru (Bangalore), India’s tech hub, on the plateau.

Karnataka saw a number of indigenous empires come and go, each of which added to the region’s cultural riches. The kingdom of Vijayanagara, one of the last ramparts against Mughal domination before the Maratha empire, left us one of India’s most amazing sites, the city of Hampi. The legacy of the medieval Hoysala dynasty can be seen in the harmonious temple art of Belur, Halebidu and Somnathpur.

Having earned a sound reputation in the aerospace and data processing industries, Bangalore (officially Bengaluru), capital of Karnataka, is known as India’s Silicon Valley. This resolutely modern city enjoys a temperate climate and its many parks have earned it fame as the Garden City of India…

The city of the Vijayanagara kings is one of the most grandiose sights in India. A listed Unesco World Heritage site, it features thousands of vestiges spread over an area of more than 4000ha. Hampi is a treasure chest lost in a desert of rocks lovingly polished by time…

The first image that comes to mind when I think of Mysuru is its incredible palace, sparkling with thousands of lights. But this city of Maharajas has far more to offer: its famous flower market, its Indo-Saracenic architecture (legacy of the British Raj) and its open-air Nandi sanctuary on Chamundi Hill. Together these have made it one of the most visited towns in Karnataka…

Chennakesava or Keshava temple with its grey-green reflections stands near the east bank of the river Cauvery at Somnathpur. It is built on a surprising star-shaped platform and with its fine carvings It is a formidable representative of Hoysala architecture, like the temples at Belur and Halebid…

The colossal Gomateshwara stands tall on its hilltop, like a lighthouse protecting Shravanabelagola and benevolently guiding the traveller. This Jain holy place of rocks and palm trees breathes tranquillity…

Halebid, or Halebidu, was the capital of the Hoysala empire in the 12th and 13th centuries. This dynasty has left a monument of unparalleled splendor, the temple of Hoysaleswara. The richness and finesse sculptural details are undoubtedly the most exquisite example of Hoysala architecture…

Beluru was the capital of the early Hoysala Empire. The town’s main attraction is Chennakeshava Temple, a Hindu temple which, like those at Halebid and Somnathpur, reflects the excellence and ingenuity of the Hoysala temple builders…

Udupi, 60km from Mangaluru, is best known for its famous temple devoted to Krishna, one of the incarnations of the hindu god Vishnu. It is an important pilgrimage place and it has also given its name to a renowned style of Indian cooking…

Mangaluru is a port city on the Arabian Sea. Much of India’s coffee output leaves from here. The town’s main attractions are its ancient temples, luxuriant vegetation and golden sands – a foretaste of neighbouring Kerala…

Badami, formerly known as Vatapi was the capital of the early Chalukya dynasty, from 540 to 757 AD. It is famous for its beautiful rock-cut caves, which represent some of the earliest known examples of Hindu temples and proves again that Karnataka is one of the most remarkable states in India regarding archaeological treasures…