Side Dishes and Condiments 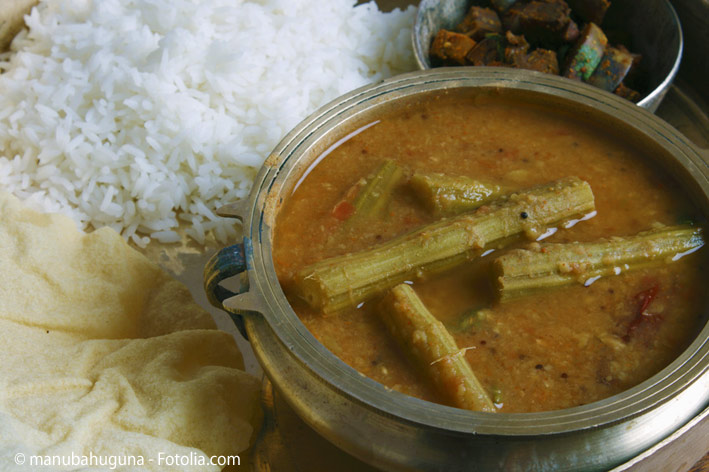 Sambar is a lentil-based vegetable stew or chowder based on a broth made with tamarind and other spices.

It is popular in South Indian cuisines, adapted in each to its taste and environment.

Sambar is usually served with steamed rice as one of the main courses of both formal and everyday South Indian cuisine. 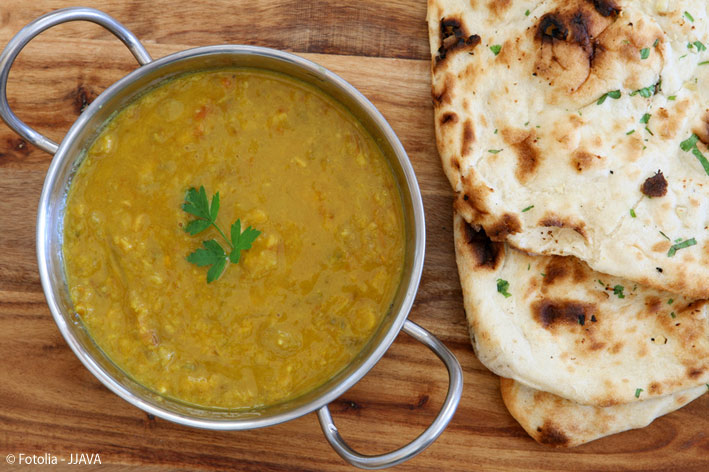 Dhal or Dal or is the name given to the pulses-based dishes in India but it is also used to refer pulses.

Lentils and pulses in general are an integral part of Indian cuisine. In a country where the population is over 50% vegetarian (500 million people), these pulses come to give their full protein and vitamins.

There are over 50 varieties of legumes in India … 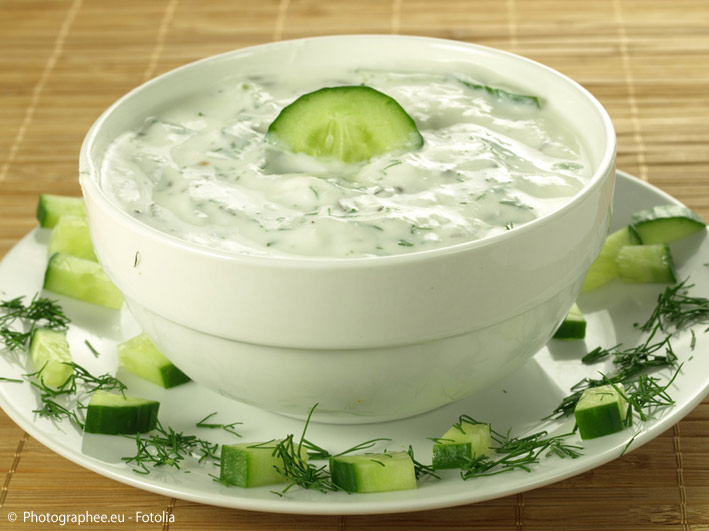 Raita is a side dish made with dahi (yogurt, often referred to as curd) together with raw or cooked vegetables, more seldom fruit, or in the case of boondi raita, with fried droplets of batter made from besan (chickpea flour, generally labelled as gram flour).

The closest approximation in western cuisine is a side dish or dip, or a cooked salad. 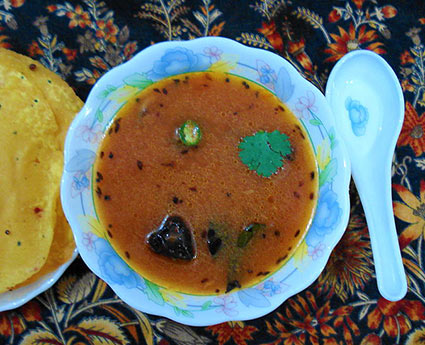 Rasam is a South Indian soup traditionally prepared using tamarind juice as a base, with the addition of tomato, chili pepper, pepper, cumin and other spices as seasonings.

Steamed lentils can be added along with any preferred vegetables. It is eaten with rice or separately as a spicy soup.

In a traditional meal, it is preceded by a sambar rice course and is followed by curd rice. Rasam has a distinct taste in comparison to the sambar due to its own seasoning ingredients and is usually fluid in consistency. 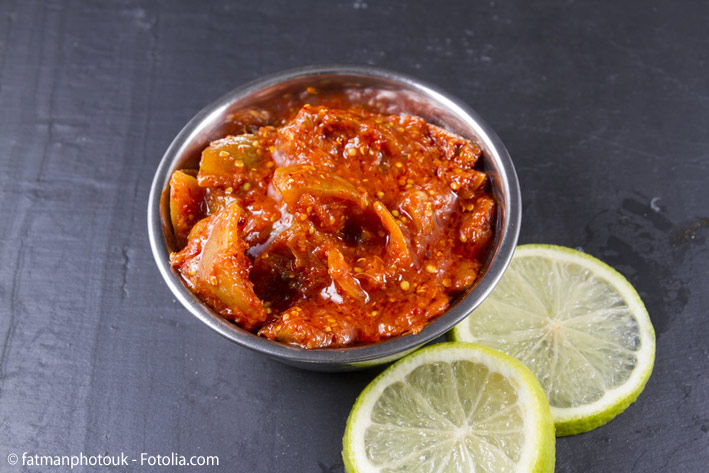 Achaar are made from certain varieties of vegetables and fruits – finely chopped and marinated in brine or edible oils along with various Indian spices.

The most common South Asian-style pickles are made from mango and lime.

Homemade pickles are prepared in the summer and are matured by exposing to sunlight for up to two weeks. The pickle is kept covered with muslin while it is maturing.The high concentrations of salt, oil, and spices act as preservatives. 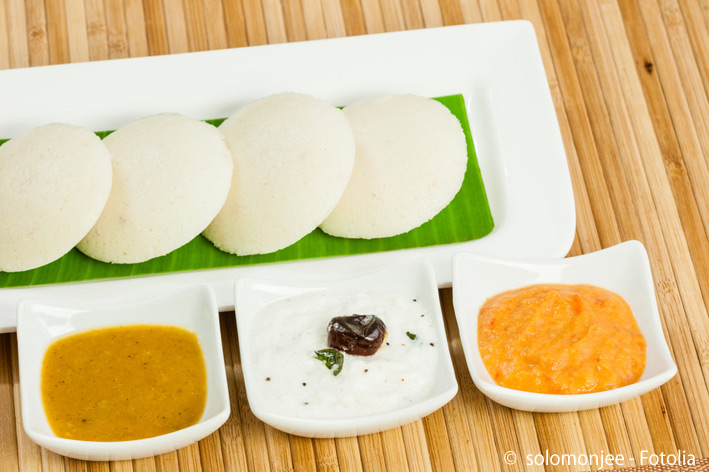 Chutneys are an integral part of Indian cuisine. They accompany many dishes and there are of an infinite variety. Some are bittersweet like mango chutney and papaya for example, but most are salty and fragrant sauces.

During colonial times, the British imported it in the West and turned into a form of bittersweet marmalade.
The most famous are the « tentai chatni » or coconut chutney accompanying idli and dosa, very popular in the south of India and the “takkali chatni” with tomato, coriander chutney or fresh mint.

VOUS AIMEREZ PEUT-ETRE AUSSI...
Main Courses
In India the main dish is usually a vegetable, meat, or pulse curry with rice and/or some form of bread. Rice is t...
Onam, the return to Earth of the king Mahabali
Onam is Kerala's biggest festival. It falls in the Hindu month of Chingam (August-September) and marks the return ...
Indian Snacks
Indians love snacking and there are snack stalls on every street corner. Here are a few examples of the infinite va...
12 good reasons to visit India
India still suffers from a bad reputation. Archaic, poor, dirty... Gandhi's country is fortunately not limited to ...
Indian Breakfasts
Breakfast in India is usually savoury and spicy. It's a full meal and often versatile, some dishes being suitable ...
The most famous Indian Beverages
A selection of the most popular non-alcoholic beverages of India. Chai / Masala tea Let's start by the most ...
← Main Courses
Indian Breads →