You may be suprised to know that in India, 8% of the population is of indigenous origin, which represents around 100 million people and makes India the country with the most tribal people in the world. These tribes are called ‘adivasi’, literally ‘original inhabitants’. Some of them, like the Sentinelese tribe (in the Andaman and Nicobar Islands) continue to resist violently all contact with outsiders but most of tribal people have adapted to the modern world and have been integrated into Indian society.
The first people of India have not forgotten their roots though, which are expressed through distinct customs highlighted during unique ceremonies. 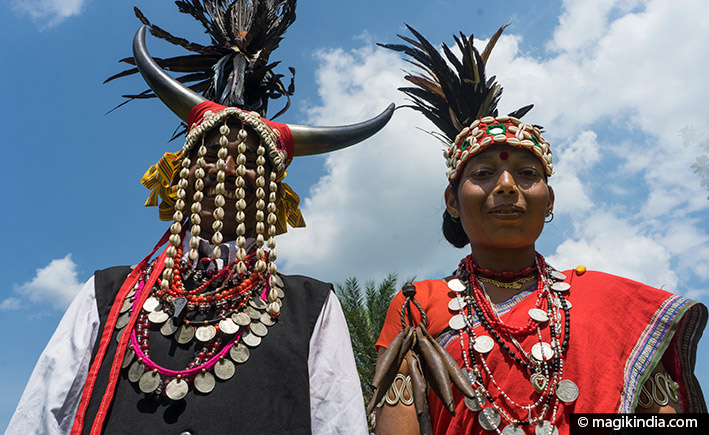 Dussehra is a festival celebrated mainly in North India; It takes place after the nine days of the Navaratri festival and marks the victory of the God Rama over the king-demon Ravana or the triumph of the Goddess Durga over Mahisasura. However, the Dussehra Festival of the Bastar region in the state of Chhattisgarh is totally unique: it is dedicated to Devi Danteshwari, the native goddess of the region, and draws its roots and its originality from the tribal culture of Chhattisgarh… 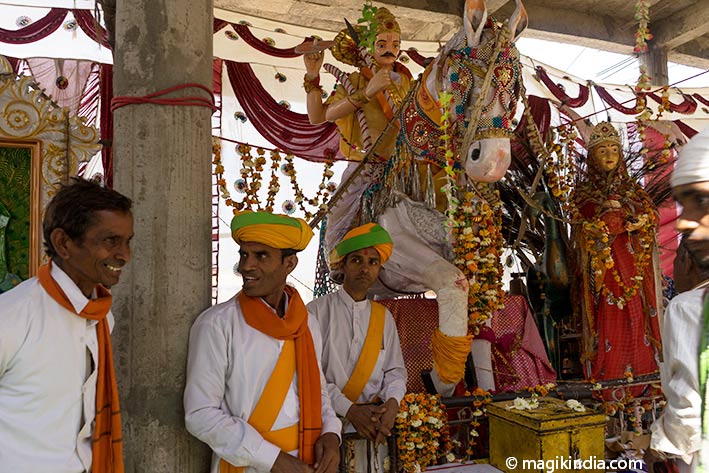 Baneshwar Fair is a huge folk fair held in Dungarpur district in Rajasthan. The 5-day event, which is sometimes called the “tribal Kumbh Mela”, takes place in January or February on a small delta where the Soma and Mahi rivers meet. It is primarily a religious festival, but it is also the annual get-together for Bhil tribal communities who come to pay homage to Shiva and Vishnu…


Vous aimerez aussi...
Navaratri festival in Tamil Nadu
In Tamil Nadu, the nine-day Navaratri festival honoring the Shakti or universal primordial force, is celebrated in ...
Modhera Dance Festival, Gujarat
The Modhera Dance Festival or Uttarardh Mahotsav is set against the backdrop of Modhera's majestic sun temple, dre...
Jagdalpur, capital of the Bastar region
Former capital of the princely state of the Bastar region, Jagdalpur is a simple but unmissable city in Chhattisga...
← The most popular religious festivals of India
Cultural festivals not to be missed in India →